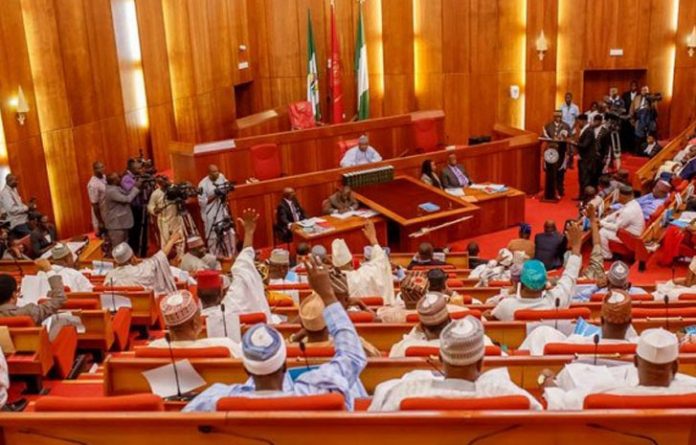 The Nigerian Senate has commended the Nigerian National Petroleum Corporation (NNPC) for its efforts towards entrenching transparency and stamping out corruption from its system.

The commendation was given by the Chairman of the Senate Committee on Anti-Corruption and Financial Crimes, Senator Suleiman Abdu Kwari, at a hearing which held at the National Assembly Complex, Abuja, to assess the level of implementation of the National Anti-Corruption Strategy by government agencies and parastatals.

Speaking at the hearing, Senator Kwari, said it was  heartwarming to learn that the NNPC was making great strides towards profitability and urged the Corporation to sustain the gains recorded so far for the good of the country.

In his presentation at the hearing, the Group Managing Director of the  NNPC Mallam Mele Kyari, said the Corporation was championing the fight against corruption in the Oil and Gas Industry by emplacing measures to curb incidents  of corruption across its various business portfolios and by enlisting as a partner company of the Extractive Industries Transparency Initiative (EITI).

He said the Corporation, as part of its commitment to the war against corruption, had set up processes and structures that were irreversible which would ensure transparency and accountability.

“We have created an anti-corruption desk in NNPC that engages the Economic and Financial Crimes Commission (EFCC) and other anti-corruption agencies on a regular basis. The desk ensures that in all our operations, every staff complies to the code of conduct procedures with consequence management. We have established regulatory compliant governance charter and transparency policy, this is a mark of our compliance to the anti-corruption strategy,” Mallam Kyari informed.

The NNPC helmsman maintained that the Corporation had  automated its business operations thereby reducing opportunity for discretion to the barest minimum as part of measures to promote institutional framework for entrenching the culture of transparency in its operations.

The GMD disclosed that the Corporation, on its own, had reported several incidents  of infractions such as products diversion and crude oil theft to the police, the EFCC and other investigating agencies of the Federal Government to stem corruption within the Oil and Gas Industry.

“For the first time in 43 years, NNPC, as a part of the evolving culture of transparency and accountability, published its Audited Financial Statements for 2018 and 2019. We are going to publish that of the 2020. The AFS is the only document that tells how a company does its transaction. We are happy that by the time the 2020 AFS will be published, Nigerians will see the dividends of our accountability. Mr. Chairman, no National Oil Company does what we are doing today,” Mallam Kyari enthused.

He said the Corporation, in collaboration with security agencies, has reduced the incidences of pipeline vandalism to four per cent across the country, but decried the rise in smuggling of petroleum products which he said has become a national challenge that must be addressed urgently to stem the huge loss to the nation.