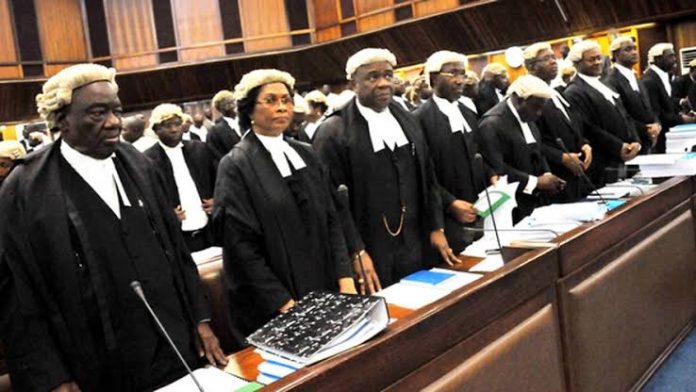 The Nigerian Bar Association has opposed the confirmation of the Personal Assistant to President Muhammadu Buhari on Social Media, Lauretta Onochie, as a commissioner of the Independent National Electoral Commission by the Senate.

Chairman of NBA Section on Public Interest and Development Law, Monday Ubani, raised the association’s objection in a letter to the Chairman of the Senate Committee on INEC, Kabiru Gaya.

Ubani urged the Senate committee to reject her nomination and deny her confirmation as INEC commissioner.

He insisted that Onochie was unfit for the position she was nominated for being as a card-carrying member of the ruling All Progressives Congress or any other party for that matter.

He said, “I also doubt that Section 154 (3) of the constitution was complied with, which prescribes that the President nominates INEC commissioner in consultation with the Council of State.

“Paragraph B of part 1 of the Third Schedule of the constitution provides that the Council of State shall have power to advise the President in the exercise of his power with respect to (iv) the INEC, including the appointment of members of the commission. When was this section and paragraph complied with, if I may ask?

“Most importantly, paragraph 14 of part I of the Third Schedule of the constitution (as amended) in Section 30 Number 1 of 2020, says a member of INEC should be ‘non-partisan’. Can Lauretta Onochie be regarded by anyone in Nigeria, knowing her antecedent as the Special Assistant to the President, as ‘non-partisan’ under the Nigerian context? The right answer is no.”