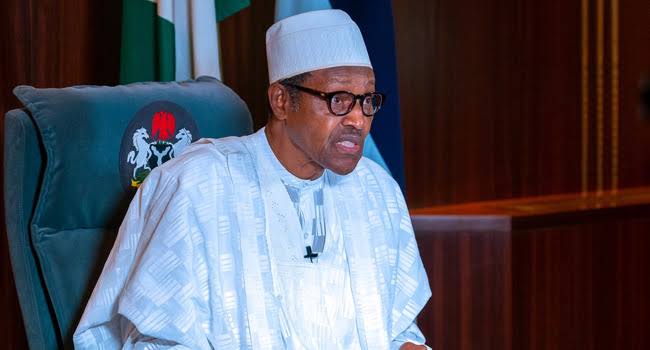 President Muhammadu Buhari has said that the process being conducted by the National Assembly will hopefully address the agitations of those calling for the restructuring of the country.

The President said this on Friday when he received members of the Nigerian Inter-Religious Council at the State House in Abuja.

He said, “On the contentious issue of restructuring or true federalism or devolution of powers, like you all know, this is a constitutional matter with which only the National Assembly can sign.

“I remain an unapologetic believer in devolving power to the people and that is why I signed the Executive Order granting autonomy to state legislature and judiciary. Unfortunately, this was met with some resistance at the state level and led to a more than two months strike action that has cost the country a lot of pain.

READ ALSO: We won’t hesitate to demand  arrest of govt. officials that fail to account for public funds – Senate President

“Luckily, the National Assembly has nearly completed the constitutional review process, which I hope would address some of the burning issues agitating the minds of our people.”

On the spate of insecurity, the President said that he is ‘pained’ by the situation but assured that the government was already going after financiers of criminal elements, who also supply them with arms.

Buhari, however, bemoaned that the industrial action by judiciary workers had delayed their cases.

He added, “Fortunately, this strike has been called off and prosecution of some of these people will soon commence, while our security agencies expand their network in closing in on the others.

“I must confess that I am more pained than anyone can imagine with the on-going security challenges because, like you noted during your meeting, they have increased the hunger, pain and anger in the land.”