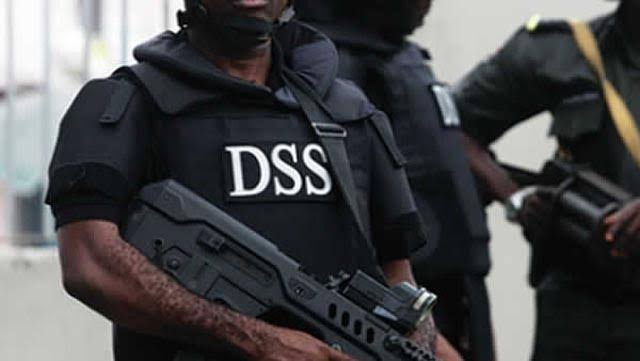 A journalist with PUNCH, Friday Olokor, was on Thursday assaulted by a combined team of security operatives from the Department of State Services and the police.

According to reports, Olokor was beaten and handcuffed by the DSS and police personnel at M & M Events Centre.

He was to cover the ongoing African Women Conference at the venue when he was arreated.
He was accompanied by Patience Ihejirika, a correspondent of Leadership Newspaper.

Olokor said he ran into trouble when he introduced himself as a journalist.

He said, “We were invited to cover a panel discussion at the ongoing African Council of Women Conference organised by the dRPC under the Ford Foundation.

“After introducing myself, a policeman stopped me at the gate and said I should get an entrance tag. I told him I could only get the tag from the organisers and couldn’t get it unless I drove in. He refused, and I had to call Patience Ihejirika of the Leadership Newspapers, who brought my tag.

READ ALSO: Afenifere slams Buhari for calling IPOB dot in a circle
“Yet, the policeman was complaining that journalists were the problem of Nigeria. I turned and asked him why security agents hated journalists. He started abusing me and said if not that he was in uniform, he would have taught me a big lesson. He said, ‘Look, I don’t fear journalists’. He said I wasn’t going to enter the venue. I told him that since I had been cleared, I needed to go in because the event had started. He stopped me from entering the venue.

“It was during this time that the DSS operatives pounced on me and tore my shirt. They were joined by policemen, who were all armed. They said I should sit down, but I stood up. I was handcuffed. They seized Patience Ihejirika’s phone and deleted the videos and photos of the incident while one of the police officers threatened to beat her up.

“I called a senior DSS officer, who happened to be my friend from school. Even when he tried to speak with them, they refused. ‘Tell him we’re not talking to him’, one of them said.

“An Assistant Director of the DSS later called to apologise to me with a promise that the personnel involved would be summoned to write a report about what transpired.”

According to Olokor, the DSS operatives also seized Ihejirika’s phone and deleted some vital videos to ensure that she did not record the assault.