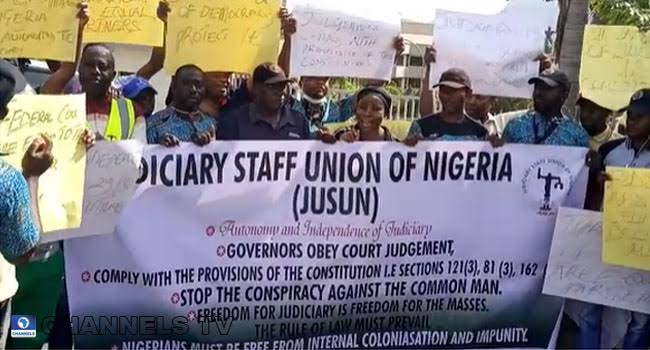 Minister of Labour and Employment, Chris Ngige, made this known in a statement by Charles Akpan, the Deputy Director in the ministry on Thursday in Abuja.

Ngige said the strike action was bad for the nation, stating that the ASUP strike crippled education in the country, and the JUSUN and PASAN strikes hurt the judicial and state assembly systems of Nigeria.

The minister said, “At last, we are happy and glad that all these troubles have been put behind us, so that the country can move forward. There is no victor, no vanquished. As far as we are concerned here in the Federal Ministry of Labour and Employment, everybody is a winner.”

Ngige also announced that the strike action of JUSUN and PASAN yielded financial autonomy for both the judiciary and legislature.

“This is yet another history made under the leadership of President Muhammadu Buhari. For us, there is no better June 12 Democracy Day gift to Nigerians than the suspension of these industrial actions.

“We, therefore, wish to thank all those who contributed to the resolution of the industrial disputes.

“We assure the unions of timely implementation of the agreements the Federal Government reached with them in the course of the conciliation of the disputes in my office,” he added.