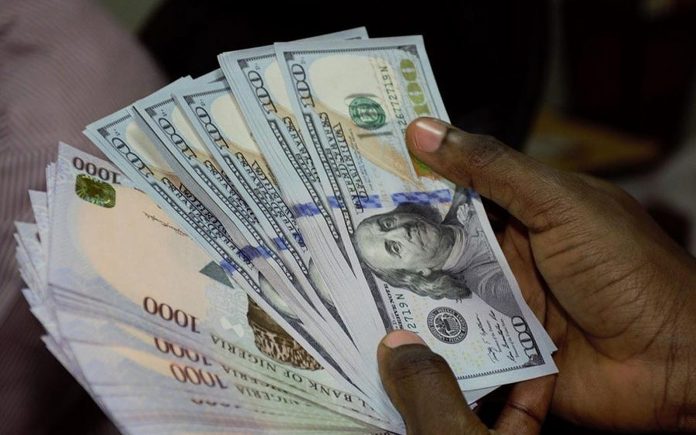 The Association of Bureaux de Change Operators of Nigeria has asked its members not to hoard foreign currency, Aminu Gwadabe, president of the association, said in a text message. Officials have been checking on compliance in cities across the country, he said.
Dealers hoarding dollars may be barred from the central bank’s foreign-exchange auctions, people with knowledge of the matter said.

The naira, which plunged to a four-year low of 505 a dollar on Monday, gained 0.6% to 490 on Friday in the unauthorized market, according to abokifx.com, a website that collates the data. It opened at 411.58 a dollar on the nafex window also used as the official rate by the central bank.

“We advise, and warn our members in particular, and the public to desist from any behavior of speculation and hoarding,” Gwadabe said. Such actions “will definitely lead to a very big collateral loss,” Gwadabe was quoted as saying by Bloomberg..
The central bank sells $10,000 each to over 5,000 dealers twice a week at 393 naira while they are asked to sell to customers at 395. That’s a 90 naira discount to the street rate, creating arbitrage opportunities.

A central  bank spokesman said the lender was  taking steps to block arbitrage opportunities resulting from the gap between the official and parallel markets.
Commercial banks executives also agreed to increase dollar supply for end users in a meeting that held with Governor Godwin Emefiele last week. With the arrangement, lenders can provide the greenback at the official rate of about 410 to 412 naira to reduce demand pressure on the streets.