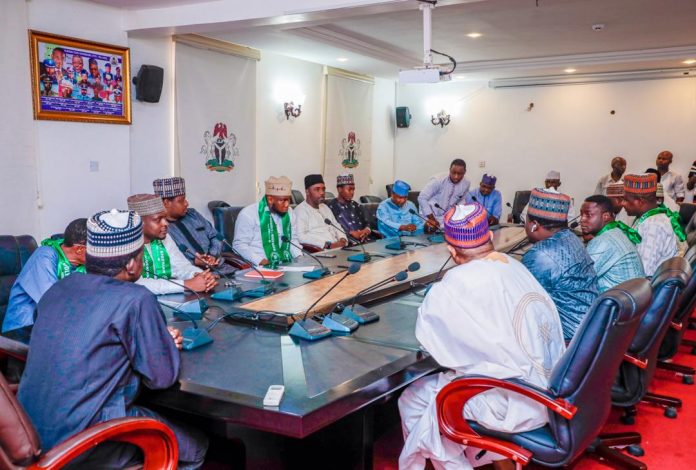 The Coalition of Northern Groups has described South-East leaders’ attempt to disown the Indigenous People of Biafra as a ‘deceptive’ move.

CNG said that the South-East leaders led by Governor Dave Umahi of Ebonyi State, were merely pretending to denounce the proscribed secessionist group.

The organisation alleged that the Southern leaders were giving legitimacy to the Eastern Security Network by revamping it and renaming it even though they know it was a militant wing of IPOB.

Spokesperson for CNG, Abdul-Azeez Suleiman, aired the opinion of the group in a statement on Sunday.

The statement read, “In our earlier submission, we highlighted the conceivable implications of the uttered threats and practical steps being taken by the Igbo under the guise of IPOB. These South-East militant IPOB members unceasingly foment hateful violence against other ethnicities and the Nigerian State, while a handful of South-East leaders began a frantic move to cover their complicity in the atrocities by pretending to denounce the IPOB and its leader, Nnamdi Kanu.

“We note also that while on one hand, these South-East leaders present a pretext of denouncing IPOB, on another hand, they are working to give legitimacy to the Eastern Security Network which they renamed Ebubeagu, which we all know is a militant wing of IPOB.

“The extent of deception also becomes apparent in the way these South-East leaders give the appearance of dissociating themselves from the Biafran violent agitation and at the same time vehemently attempting to support and justify IPOB’s brand of self-determination bid premised on false claims of marginalisation and pursued through violence and violation of other ethnic nationalities and state institutions.

“The CNG cannot be blinded by these desperations to cover up what is glaringly an attempt to downplay the atrocities committed, the complicity involved and the trivialisation of what is genuinely a case that must be resolved once and for all.

“The refutal is belated desperation to run away from a raging fire they fanned with their own hands by several years of indoctrinating their youth with the hate of the North in particular, and the whole of Nigeria in general.

“The desperation amounts to yet another attempt to buy time to regroup for another onslaught and violence as it has happened throughout history.
“The rest of Nigeria, particularly the North, must not allow themselves to fall into another trap of accepting the lies, deceit and falsehood of the Igbo leaders that cannot be supported by the prevailing reality.

“Despite the claim by these South-East leaders to have strength in what is happening, evidence suggests that their stake in ensuring what they are promising is a mere illusion as, just recently, their entire collective might was subdued by IPOB anarchy who call the shots and had the wherewithal to threaten and enforce a shutdown of all activities in the entire five states of the South-East.

“For the avoidance of doubt, the CNG states here that the North will no longer be deceived by the antics of the proteges of those who assassinated its forefathers and threw the entire country into a ruinous civil war that has set the stage for the current confusion and national decadence.

“We categorically hold the refutal by the South-East leaders unacceptable and insist that a referendum must be conducted to prepare the stage for the final exit of the Igbo from the rest of Nigeria that has never engaged in such violent agitations for breakup at any time.

“Since the bulk of the active support for the violent Igbo secession is from those within the 50 year age bracket with a dangerous mindset developed by wrong teachings over a long period, it is inconceivable for the rest of Nigeria, particularly the North, to accept to continue coexisting with them at the risk of major conflicts that could lead to another civil war.”