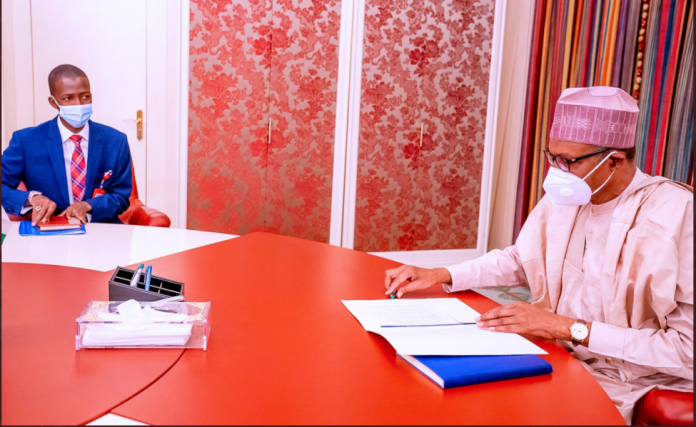 President Muhammadu Buhari has appointed board members for the Economic and Financial Crimes Commission after six years.

Umar Gwandu, spokesperson for Attorney-General of the Federation and Minister of Justice, Abubakar Malami, disclosed this in a statement on Monday.

The President appointed George Abang Ekpungu as Secretary of the anti-graft agency.

The appointment is for a fresh tenure of five years and the board would be chaired by EFCC boss, Abdulrasheed Bawa.

Their appointment is in line with Section 2 (1) and Section 4 of the Economic and Financial Crimes Commission Act, 2004.

Gwandu recalled that the “EFCC has been operating without board members since 2015”.