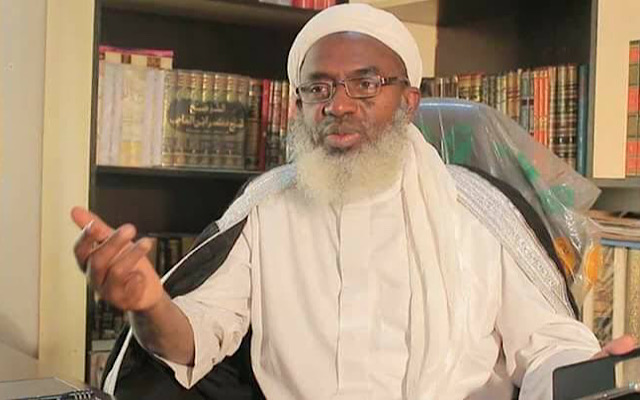 Islamic cleric, Sheikh Ahmad Gumi, has urged the Federal Government to accord bandits and herdsmen a similar treatment given to Niger Delta militants by the late President Umar Yar’Adua when a commission was set up for their rehabilitation.

Gumi said this on Wednesday during a television interview.

The cleric advocated for a blanket amnesty for bandits and herdsmen.

When asked what the herdsmen really wanted as compared to militants, Gumi said that the government should rehabilitate, train and give them contracts to protect forests and farmlands just like the militants were given pipeline protection contracts by past administrations.

He said, “If you remember how the militants were blowing up pipelines which had a serious economic implication for Nigeria, it is the same way the herdsmen taking up forests is causing economic problems for the country.

“People can’t go to the farms and this is also an economic issue. But if the government can also give them amnesty and employ them to guard and protect the forests, I am sure they will lay down their arms.

“We can make them guard the schools and I can assure you they will no longer kidnap students because they have told me they are ready to negotiate with the government.

“The herdsmen are not killing those they are kidnapping. They are only looking for money. They are ready to cooperate with the government because all they are looking for is money.

“If the government can treat them like they did to the militants, they will not kidnap again. We can also use the good ones to fight against the bad ones.”