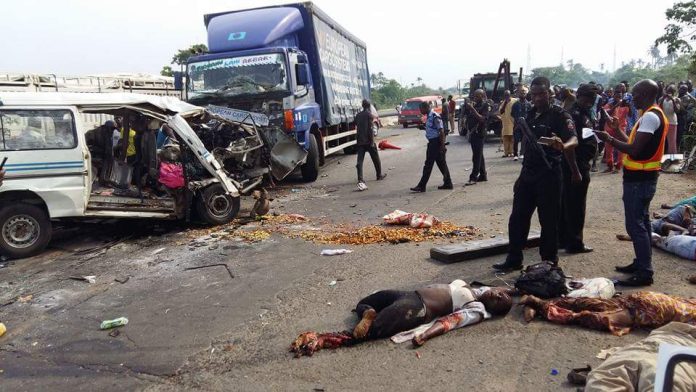 Three persons were killed in a road accident in Ibadan, Oyo State, on Wednesday.

The victims died in a collision involving a truck and commercial motorcycle.

The incident occurred in front of a petrol station at the Total Garden area of Ibadan North Local Government Area.

She said, “Three male adults and two female adults. And then, two people were injured. While three persons were killed, two males and one female.”