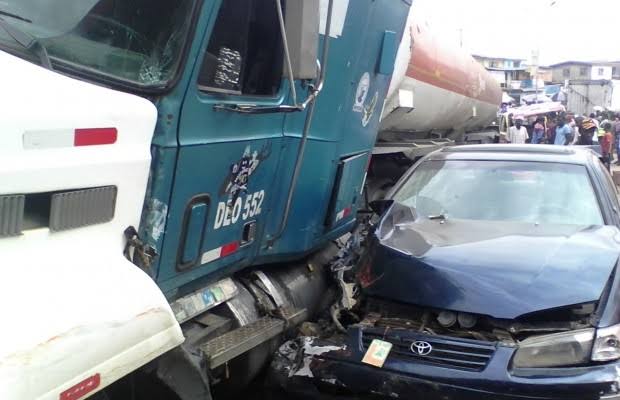 Tragedy struck in Ibadan on Sunday as a fully loaded gas tanker lost control and rammed into traders at Bode Market in Molete area of Oyo State.

The number of casualties have not been ascertained but eyewitness claimed that five dead bodies were seen at the scene of the tragedy.

A resident of the area, Emmanuel Adewale, while lamenting the carnage, blamed the traders at the market for the accident.

He said, “It is sad that our people don’t listen to government warnings.