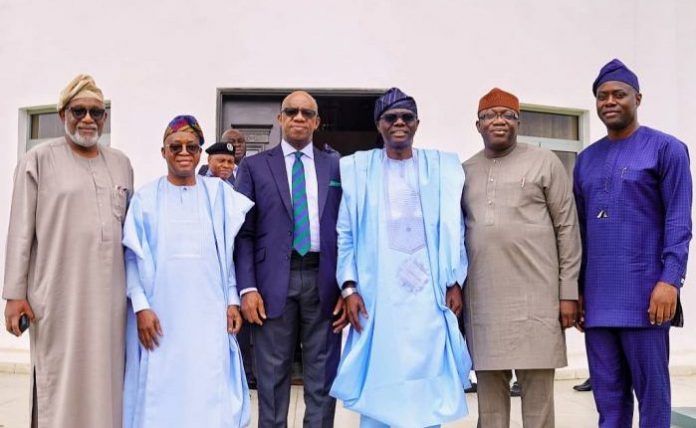 The Southern Governors’ Forum would converge on Monday, July 5, 2021, to continue their discussion concerning the state of insecurity in Nigeria.

The meeting, hosted by Lagos State governor, Babajide Sanwo-Olu, would be attended by the 17 Southern governors at the State House, Ikeja.

Recall that the SGF was hosted by Governor Ifeanyi Okowa of Delta State on May 11, 2021, for the first leg of tomorrow’s gathering.

Meanwhile, stakeholders have called on the governors to involve their representatives in the National Assembly, engage the state Houses of Assembly, and seek collaborations of socio-cultural and political organisations to achieve their aim and objectives.

Former Chief of Defence Staff, General Alani Akinrinade (retd), commended the governors for having the courage to reconvene.

Akinrinade, however, called on the governors to be resolute in their demand for restructuring.

He urged the governors to mount pressure on elected representatives from their various states in National Assembly to support restructuring.

He called on the governors to ensure they deploy their numerical strength to persuade the National Assembly and their various states assemblies to implement and recognise the resolutions of the 2014 National Conference.

“If they are serious, they can also get support from states like Adamawa, Plateau, Taraba, Southern Kaduna, Sokoto, Kwara and Kogi. They should mobilise all the socio-political and cultural bodies to support restructuring and how to implement the conference report. By the time they do this, President Buhari will have no choice than to adhere to their demands,” he said.

He said it was not enough of the 17 Southern governors to make pronouncements.