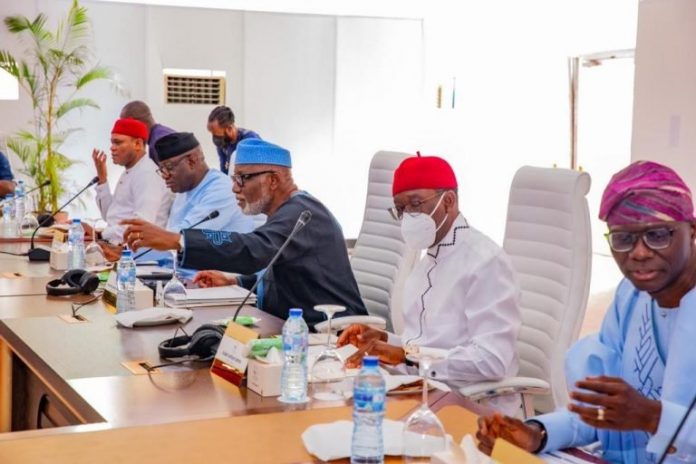 Southern governors, on Monday, rejected the proposed allocation of at least 30 per cent of the profit generated by the proposed Nigerian National Petroleum Company Limited for the exploration of oil in ‘frontier basins’.

In Section 9 of the recently passed Petroleum Industry Bill, 30 per cent of the profit generated by the NNPC would be put into the frontier basins, which the President in 2019 identified as Chad Basin, Sokoto Basin, Dahomey Basin, Bida Basin and Benue Trough, predominantly northern regions.

The PIB, if assented by President Muhammadu Buhari, would be used to regulate the oil sector and has already been passed for the presidents signature.

READ ALSO: Next president should emerge from the South – Southern Governors

The Southern Governors, who met today in Alausa, Lagos, for a continuation of their May 11 meeting, rejected the proposed 30% ‘frontier exploration’ allocation.

In a communiqué issued at the end of their meeting, Ikeja, Lagos State, the governors, first commending the National Assembly for the progress made in the passage of the PIB, condemned the proposed allocation.

It partly read, “The Forum rejects the proposed 3% and support the 5% share of the oil revenue to the host community as recommended by the House of Representatives.

“The Forum also rejects the proposed 30% share of profit for the exploration of oil and gas in the basins.

“The Forum rejects the ownership structure of the proposed Nigeria National Petroleum Company Limited. The Forum disagrees that the company be vested in the Federal Ministry of Finance but should be held in trust by Nigeria Sovereign Investment Authority since all tiers of Government have stakes in that vehicle.”