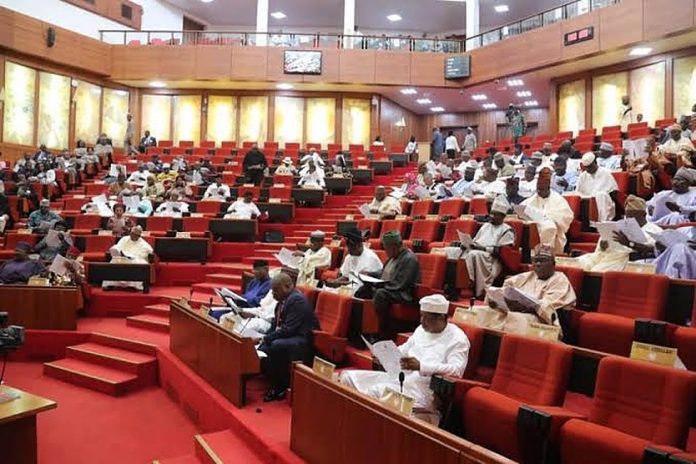 The Senate on Tuesday passed a bill to establish the Nigerian French Language Village, Badagry, Lagos State, as an Inter-University Centre for French Studies.

The passage of the bill followed the presentation and consideration of a report by the Committee on Tertiary Institutions and TETFUND.

Senator Nora Ladi Daduut, while presenting the report on behalf of the Chairman of the Committee, Ahmad Babba Kaita, said the legislation to establish the Nigerian French Language Village would serve as vehicle to facilitate the exchange of academic programmes.

The lawmaker explained that the presence of the French Language Village would foster transnational bilingualism to ensure national and regional integration and as well support international co-operation in promotion of French language.

“The knowledge and skills that would be acquired by the graduates from the establishment of the French Language Village, Badagry, Seme axis of Lagos state, will go a long way in expanding and deepening their horizon not only in acquisition of French Language skills, but also general language development”, Senator Daduut said.

In a related development, the Senate also on Tuesday passed the Chartered Institute of Directors Bill, 2021.

The passage of the bill followed the consideration of a report by the Committee on Establishment and Public Service during plenary.

The Chairman of the Committee, Senator Ibrahim Shekarau (APC, Kano Central), in his presentation, said the bill seeks to, among others, promote the practice of Directorship in public and private sectors as well as promote high ethical standards in the practice of the profession.

Meanwhile, the Senate has passed five bills for concurrence from the House of Representatives.

Others are the Nigerian Film Commission Bill, 2021; and Federal College of Education (Special) Birnin-kudu (Establishment) Bill, 2021.