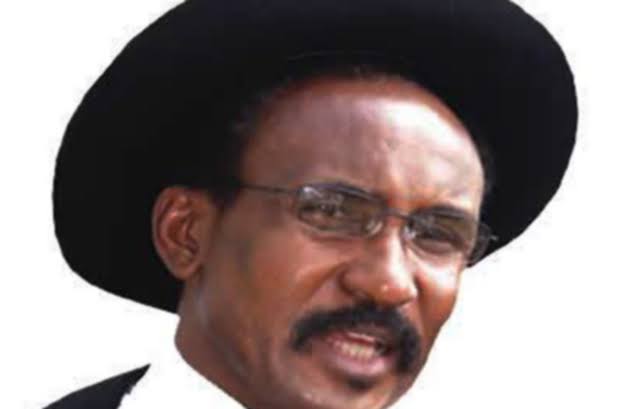 Umar disclosed this on Wednesday in a statement titled ‘Nigeria; A Nation Challenged.

The former MILAD insisted that the current administration under Buhari has failed to unite Nigeria.

He also slammed the federal government for their undue attention to threats of separatist movements in contrast to the more daunting threats posed by kidnappers, bandits and insurgents in the Northern region of the country.

Umar added that the arrest of Nnamdi Kanu, leader of the Indigenous People of Biafra, IPOB, is inconsequential.

He said, “It’s quite strange and disturbing that the Federal Government is according undue attention to the threats of separatist movements in contrast to the more daunting ones posed by bandits, kidnappers and insurgents in the North West, some parts of North Central and North East.

“Activities of those criminals have resulted in the evacuation of over 20 per cent of the villages in North West and North East.

“Hundreds are being murdered and maimed every week. Many more are kidnapped for ransom.

“Millions have been rendered internally displaced, facing disease and starvation. Over one thousand schoolchildren were abducted in the past eight months, with over 300 still in the hands of the bandits and kidnappers demanding humongous ransom payments.

“Rape of women and young girls has become a daily occurrence. Most economic activities, particularly farming, which is the mainstay of the people in these areas, are now all but impossible.

“Government’s earlier claim of having technically defeated the Boko Haram insurgency in the North East has turned out to be empty propaganda. Contrary to this claim, the enemy has morphed into a more determined and deadly force, threatening to overrun the whole of the North East.

“For the average Northerner living in these zones, who is barely aware of the activities of separatists, banditry, kidnappings and insurgency are of greater threat and concern to him. The arrest of Nnamdi Kanu is of no serious consequence since it does nothing to ameliorate his harsh and brutal condition.”

Umar’s criticism is coming at a time the federal government clamped down on Nnamdi Kanu, the leader of IPOB.

Also, the Yoruba Nation, activist Sunday Adeyemo, aka Sunday Igboho, was hit by the DSS.

Igboho is presently on the run as nobody has seen him since the attack on his residence.