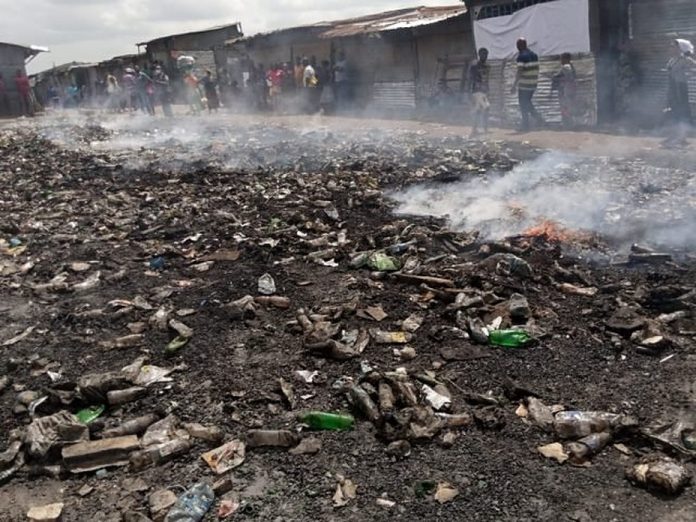 Traders at the Karimo Market in the Federal Capital Territory are counting their losses after a late-night fire on Tuesday consumed about 200 stalls and destroyed goods worth millions of naira.

Although the cause of the inferno remains unknown, some traders said the fire started from a shop before spreading to the others.

A cosmetic trader, who gave his name simply as Godwin, said the inferno was sudden as he could not rescue any of the goods.

He said, “I did not know how it happened, nobody knows how it happened because I have been asking around. Some people still defied the fire to see if they could salvage some of their goods. I could not because the fire was a bit much at my end.

“The most painful thing was that some people stole our goods instead of helping us when the fire was spreading. I recently stocked my shop; this is too hard for me to bear.”

The Financial Secretary of the market, Wilson Loris, said that the affected area was the nerve centre of the market, adding that about 200 makeshift shops were affected.

He said, “For now we cannot say this was what caused the fire but the fire started from a particular shop which the executives are still trying to trace. About 200 shops were affected. The most painful aspect of it was that the side it affected was the heart of the market. Everywhere is empty and goods worth millions of naira were being housed here. We call on the government to help us.”