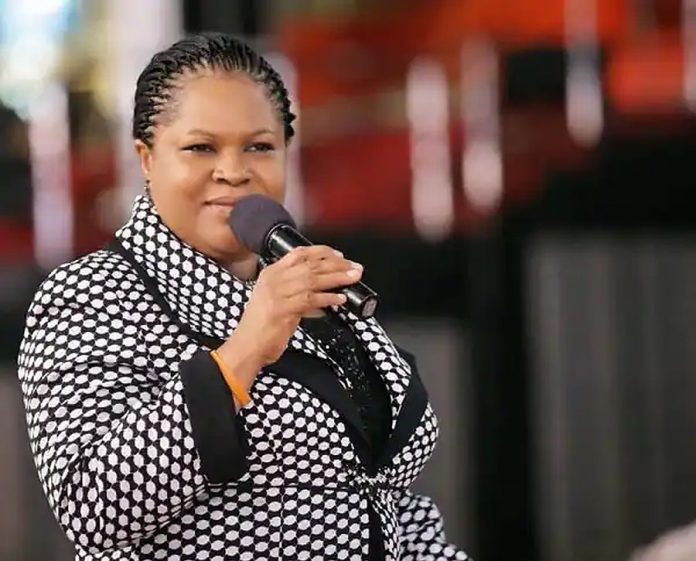 Evelyn Joshua, wife of late Prophet Temitope Joshua, her children and other dignitaries on Tuesday paid an emotional tribute to the demised cleric and founder of the Synagogue Church of All Nations.

The tribute service which was held on Tuesday was tagged “Celebrating the life and legacy of prophet TB Joshua, ‘Not mine but God’s own”.

Paying tribute to her husband, Mrs Evelyn Joshua, the wife of the late prophet said that her 31 years of marriage with the prophet taught her to know that marital trials were the soil through which children of God flourished.

She said, “You grew from eight members assembly sitting on the mat, to the wooden chair, and to the level we are today.

“You grew me to be the woman I am today.

“For gold to become gold, it must pass through the fire. I stand here today to say thank you for choosing me, caring and nurturing me.

“Thank you for being a good father to the children, thank you for shielding me from those who were bent on soiling our lives, yet you were undeterred.”

She thanked the late prophet for spending his life on things that would outlive him.

Evelyn said her husband’s passing was peaceful, adding that it was very sad that the man of God would not be seen physically again.

“It is, however, comforting that you have gone home after service, sleep on my beloved. Sleep on my God’s General,” she added.

Also, the late Prophet’s daughters Serah, Promise and Hart Joshua said they will miss their father greatly because he taught them everything they knew about the word of God.