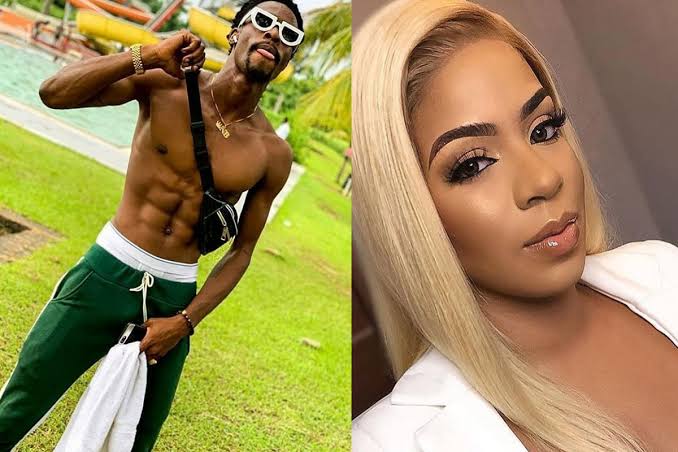 It is no news that the BBNaija s4 star Venita and BBNaija star s5 Neo are  cousins , and Venita in her  own way has tried to look out for her cousin who is just being introduced to the same industry as she.

But could this intention mean otherwise? Since the commencement of Neo’s rise to stardom , Venita has publicly come out in a post on Instagram sometime during the lockdown season  to reveal that she and neo are cousins and also offered her support. 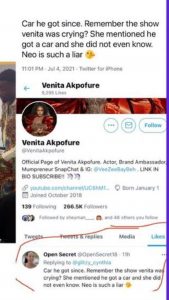 Although her intentions may not seem clear ,they still got along. Venita however has never been a fan of the BBN star Vee, who is also the girlfriend to her cousin Neo. Social media users following this trend still seem confused on Venita’s hostility towards  Vee even after Neo’s family  have accepted her.

In a discussion with another BBN star ,Seyi  Awolowo, Venita explained that she is just looking out for her blood and she wouldn’t want him to lose focus of his goal because of a woman in reference to Vee.

However, recently a twitter user took to hate on neo as regards the gifts he had received for his birthday, which also included a brand new Benz.

This has stirred up a lot of controversial discussion among social media users. We hope this doesn’t tamper with the relationship between the two reality stars.