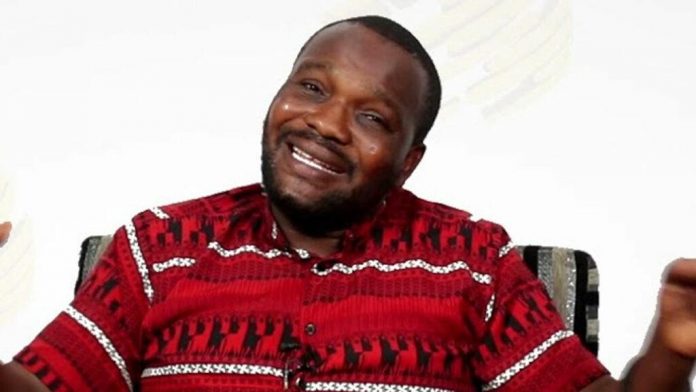 The association disclosed this in a statement titled, ‘TAMPAN suspends Yomi Fabiyi indefinitely for gross professional misconducts & unethical practices.’ which was released on Friday.

Recall that the Yoruba filmmaker released a controversial film, titled ‘Oko Iyabo’, which explored the current sexual assault case of Olanrewaju Omiyinka, popularly known as Baba Ijesha, which is already before the court. The actor had used the name of an actual actress, Iyabo Ojo, who has hammered Baba Ijesha regularly over the accusations levied against him.

TAMPAN said that the actor had no right to make use of the real names of living people without their consent. The theatre body also said that the use of the narrative of real cases pending trial could lead to prejudices.

The statement read in part, “Having listened to the detailed defense of Mr. Yomi Fabiyi, who is the Producer/Director of the controversial film ‘Oko Iyabo’ and his Co-Director, Mr. Dele Matti, the Ethic, Conflict and Resolution Committee hereby found them guilty of professional misconduct and unethical practices.

“Although Mr. Yomi Fabiyi insisted that it is his fundamental human right to use his creative talent to produce films that will tell his own account of the trending issue but his Co-Director admitted his fault and regretted his involvement in the film.”

TAMPAN explained that asides from Cinema Verite works, “No one is allowed to use real name(s) of other person(s) in a feature film. Therefore, it is professional misconduct to use real name(s), stories and factual events of person(s) without their consent, not to talk of a plot that is denigrating to that person.

“That the story, plot, theme, title, dialogue, names and general content of the film ‘Oko Iyabo’ is a factual presentation that may give rise to prejudice since the matter is already In court.

“His misconducts and unethical practices have impacted negatively on the image and reputation of our association. His Co-Director Mr. Dele Matti having shown remorse and admitted his guilt is hereby suspended for 3months.”

Fabiyi had earlier said on his Instagram that he had a right to employ the plot of the ongoing sexual misconduct/assault case against Baba Ijesha.

He also said that he used the name of Iyabo Ojo because she had also made videos published on YouTube mentioning his name in derogatory narratives.

“Iyabo Ojo has done many videos mentioning my full names, and the videos were published in YouTube, IGTV etc., simply because I stand for human rights, so also princess mentioned my real name.

“They called me pedophile and rape apologist for standing by what is right. So sentiment on use of real names. It is allowed in movie making.
I hand you all to your consciences, and God.No amount of all these can pull me down,” he had said.