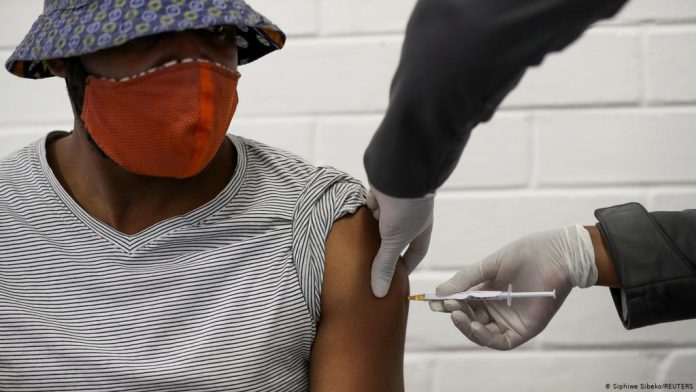 South Africa announced on Friday that it would begin vaccinating people under 50 years old. This comes as the country currently battles a brutal third wave of COVID-19 cases of the Delta variant.

Recall that the country, just two weeks ago, announced that it was extending its vaccination campaign to persons under 60.

According to Acting Health Minister Mmamoloko Kubayi-Ngubane, the country would begin the inoculation exercise for persons aged 35-49 from August 1.

South Africa has remained the worst-hit nation in the African continent since the pandemic began in March 2020.

READ ALSO: France to start closing military bases in Mali by the end of 2021

With more than 2.1 million detected coronavirus cases, South Africa accounts for 37 per cent of Africa’s infections, followed far behind by Morocco and Tunisia with nine and eight per cent respectively, according to the Africa Centres for Disease Control and Prevention.

Around four million of South Africa’s 59 million population have received at least a first dose at one of nearly 2,600 vaccination sites.

Now, the country is targetting a rate of a quarter-million vaccinations daily.

The SA government recently approved the use of Chinese vaccines Sinovac and Sinopharm to complement the Pfizer-BioNTech and Johnson & Johnson jabs in the country’s rollout.