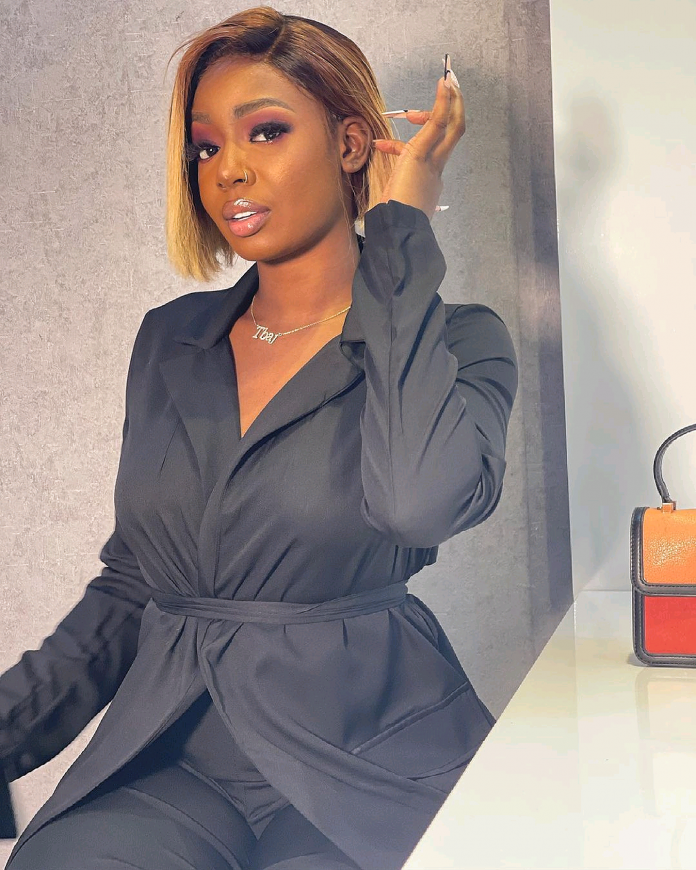 BBNaija star who is also a youtuber tolani baj, recently uploaded a Q and A series on youtube.

In the video, the reality star was dedicated to answering a number of questions being asked by  fans and supporters.

She also went ahead to include a story time of some experiences and what she has been up to before during and after the reunion , where she mentioned her trip to Kenya and also feeding a giraffe .

She also gave some tips to some of her subscribers who may decide to go for the Big Brother show.

When answering a question on how she handled the social media stress that came with being a celebrity, she said “I don’t care about people’s opinion over my attitude at the big brother reunion”.

She also stated that she is not disturbed at all by what people think of her, “if I was cool-headed and quiet, people would have still dragged me for one reason or the other , so I decided to give them something dramatic instead and they were shocked”.

She said that if she was to change something she did, she wouldn’t talk to any guy in the house.