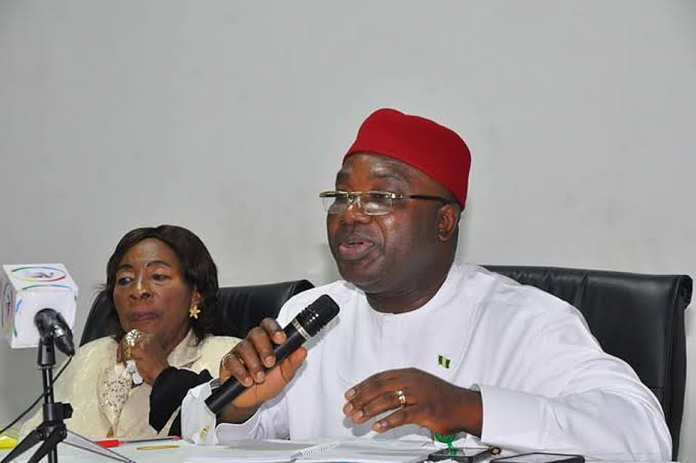 The National Human Rights Commission has said that there was “no strategies in sight” for the safe return of kidnapped schoolchildren in parts of the country.

The commission stated this while expressing deep concern over rising cases of kidnapping of school children in different parts of the country particularly in the Northern part where a staggering number of this vulnerable group had been forcefully whisked away to unknown destinations.

NHRC’s Executive Secretary, Tony Ojukwu, said this in a statement in reaction to recently released UNICEF statistics showing that 950 children had been kidnapped from December 2020 to date.

Ojukwu noted that the figure was an indication that a lot of things had gone wrong with the security system, which was supposed to take proactive and drastic measures to curb festering criminality in the country.

READ ALSO: My daughter knew she was going to die – Mother of poly student crushed by tanker

He said, “Children are a heritage from God, the government in collaboration with other stakeholders ought to rise to the occasion to protect them by giving a marching order to all the relevant security agencies to explore all available intelligence and strategies to ensure that kidnapping is halted in Nigeria and all the children in the kidnap den are rescued and given psychosocial support before reuniting them with their families.”

The NHRC’s boss decried that if this trend was left unchecked, it would worsen the already poor school enrolment in Northern Nigeria.

He, therefore, called on the affected states in Nigeria to liaise with the relevant stakeholders, including Civil Society Organisations to push for speedy domestication of the Child’s Rights Act to forestall further violations of the rights of children under their jurisdiction.