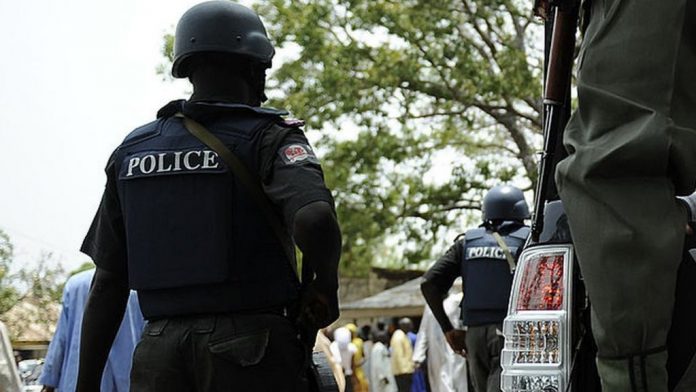 The Imo State Police Command has announced the arrest of one Christopher Obilor, a suspected armed robber in the Nekede area of the state.

The Imo State Police spokesperson, CSP Michael Abattam, said the suspect was arrested after reports that he has been terrorising the entire Nekede community.

He was arrested at his hideout along Nekede Polytechnic Road by the Imo State Command’s Tactical Squad.

According to the police, a locally made cut to size double barrel gun, one short axe, a saw blade and substance suspected to be hard drugs were exhibits recovered when the suspect’s house was searched.

After Christopher’s arrest, he led police officers to the house of his accomplice who sold the gun to him.

Ebere Michael aka “Dede,” was arrested after the operation.

An iPhone, Zenith Bank ATM Card and a wristwatch were exhibits recovered at Ebere’s house.

The suspects, according to the police, allegedly operated as IPOB/ ESN cells in that axis and they confessed to being drug suppliers before their arrest.

CSP Abattam in the release said investigations are ongoing to arrest the remaining members of the syndicate.