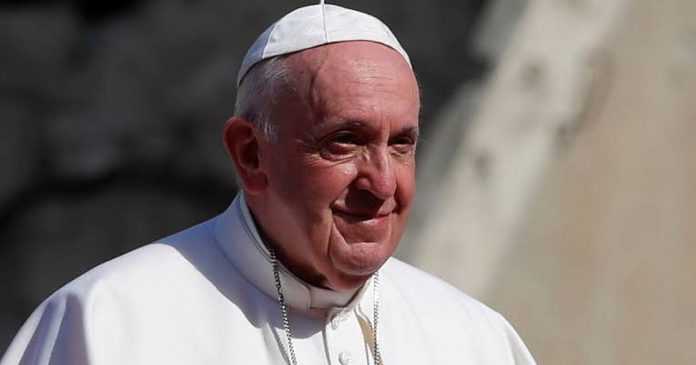 Pope Francis has been confirmed to be in stable condition after successful colon surgery.

According to the daily bulletin from his spokesman on Saturday, Pope has had “satisfactory blood tests” as he recuperates from colon surgery and is gradually starting to work again.

The 84-year-old pontiff underwent a scheduled surgery on his colon on Sunday and is recuperating at Rome’s Gemelli Hospital.

The bulletin said, “His blood tests are satisfactory and he is continuing the prescribed treatment. The pope’s recovery is following the expected clinical progress.

“He is gradually resuming work and continues to stroll in the corridor of the apartment on the hospital’s 10th floor.

“In the afternoon, he celebrated Holy Mass in the private chapel and the evening he dined with those who are assisting him during these days.

READ ALSO: Everything you need to know ahead of Argentina vs Brazil Copa Final (facts, stats, odds)

“The Holy Father, experiencing first-hand the human dedication of the medical and health personnel assisting him, has addressed a special thought to all those who with care and compassion choose the face of suffering, engaging in a personal relationship with the sick, especially the most fragile and vulnerable.”

Francis is in the same suite on the 10th floor of the Gemelli Hospital used by Pope John Paul II — who also led the Angelus prayer from there in 1992, before coming to the window to wave to the faithful gathered outside.

On Friday, the Vatican said that the pontiff would lead Sunday’s Angelus prayer from the hospital.

It was not immediately clear whether Francis would lead the Angelus — normally delivered from the window overlooking St Peter’s Square in the Vatican City — from his hospital window or live-streamed from inside the suite.