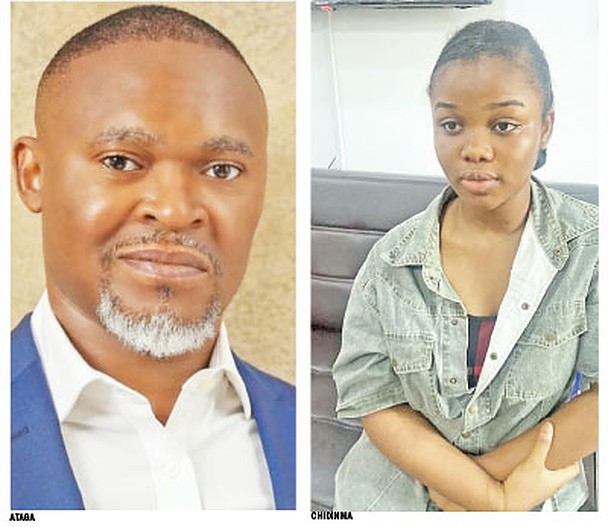 Chidinma Ojukwu, prime suspect in the murder of SuperTV CEO, Usifo Ataga, has claimed that she had nothing to do with the man’s death.

Ojukwu had been arrested in her apartment at 57 Akinwunmi Street, Alagomeji, Yaba, Lagos, last month after she was tracked by police intelligence.

The 21-year-old had claimed to have stabbed the man when he was making advances towards her violently.

“At some point, he hit my head on the wall and I retaliated. He held me and was choking me as I leaned on the cabinet. In defence, I stretched out my hand and collected a knife and stabbed him in the neck. I had attempted severally to leave before then, but he stopped me,” she had said to reporters after she was apprehended.

However, the young woman has now gave a different account on what transpired between she and the victim.

Ojukwu in a new interview with Crime Fighters, claimed that she had met Ataga dead when she came back from an errand.

Speaking on his marriage, she claimed that he was having issues with his wife and was not a happy man as widely believed.

“He has issues with his wife. He wasn’t into a happy married life, he was just more of catering for his kids,” she said.

According to her, they had both partied all night and by the next morning, he sent her out to buy provisions for the apartment and drugs.

She narrated, “Before I was leaving, he stood up to lock the door. But when I got in I was knocking and there was no answer.  I opened the door and discovered it wasn’t locked. The duvet was on the floor, plus pillows. The couch was facing the door, and the bed was stained with blood already. The floor where he was was bloody. Music was on, the TV was on. The room was disarranged like someone broke in.

According to her, she took her belongings, and his things (among which was his ATM card) and fled.

When asked why she still withdrew money from Ataga’s card, she said it was because the Super TV boss had already offered her the money prior to his death.

She also debunked claims that she had withdrawn millions of naira from his account, saying that she had only N400,000 in her account.