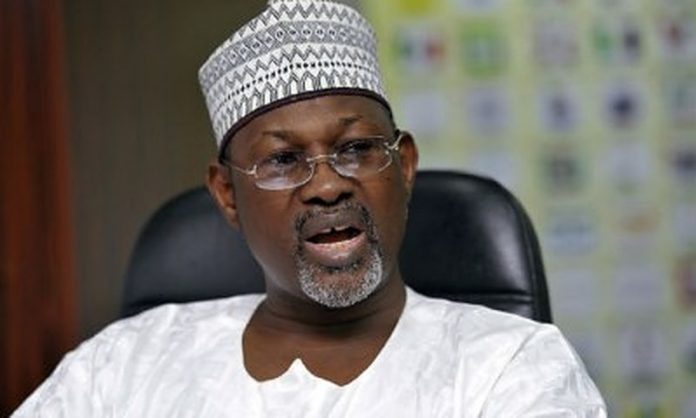 Former Chairman of the Independent National Electoral Commission, Attahiru Jega, has advised against the appointment of Lauretta Onochie as a commissioner of the electoral body.

Jega said the controversy surrounding her nomination was not good for the integrity of elections she may oversee if she is confirmed.

Onochie’s nomination has continued to raise dust with many Nigerians insisting that Onochie was not fit for the office because she is a member of the All Progressives Congress.

Commenting on the saga, Jega said it was likely that any election she supervises that involves the APC will “still generate controversy”.

Jega said this when he appeared in a live television interview on Sunday.

He said, “This kind of controversy is really avoidable. Any person who generated such a controversy, the appointing authorities should be careful because you don’t want to appoint anybody that can raise suspicions or doubts or can lead to a loss of trust of the electoral management body.

“I’m sorry to say that from some of the documents that I have been privileged to see, both about her British citizens and the very active participation in a political party up until 2019, you will try to avoid appointing such people into an electoral commission — because it can generate controversy.

“To be honest, the president can also withdraw that nomination. After all, there are so many women with credibility, with capacity, competence in both Delta and across Rivers, so why bring someone that will generate controversy and raise suspicions about the intention of the appointment.”

Jega also criticised the move by the National Assembly leadership to block the proposed electronic transmission of election results.

He said denying INEC the opportunity will be counterproductive and will undermine future elections.

Jega said, “When one looks at the draft of the electoral bill currently in circulation, which the national assembly hopes to pass before they go on recess, with regards to utilisation of technology, there is a very contradictory provision there. While they permitted INEC to use electronic voting, they now said provided that INEC does not use electronic transmission of results. It is counterproductive.

“Electronic transmission will ensure that the traditional fraudulent activities of changing results from the collation centres will now be things of the past, so our lawmakers must recognise how important it is.

“And frankly, not permitting electronic transmission of results will even create an impression that the legislators are afraid and unconcerned about the integrity of results.”