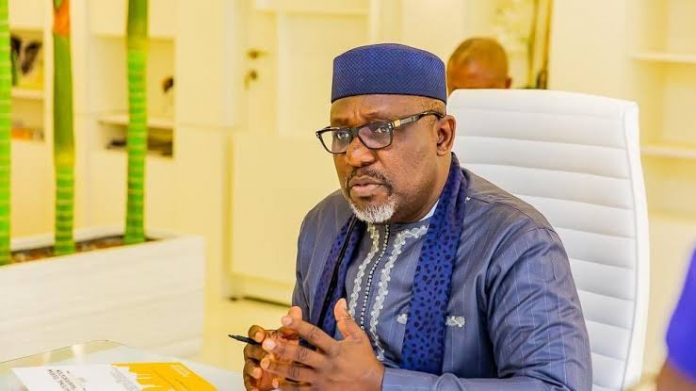 Former governor of Imo State, Senator Rochas Okorocha, has reacted to reports that he has been suspended by the National Working Committee of the All Progressives Congress.

News reports emerged that the party had announced Okorocha’s suspension in a letter dated July 12, 2021 and signed by the National Chairman of the APC Caretaker Committee, Mai Mala Buni, and its Secretary, John Akpanudoedehe.

The letter said Okorocha was suspended as a result of his involvement in “anti-party activities” and ‘flagrant public abuse’ of the person and office of President Muhammadu Buhari.

However, in a statement on Tuesday by his media aide, Sam Onwuemeodo, Senator Okorocha accused the Imo State governor, Hope Uzodinma, of being the mastermind behind his purported suspension.

He accused the governor of trying to frustrate him out of the APC and described Uzodinma as a ‘gatecrasher’ to the party.

“He had come up with the fake story of Okorocha leaving APC because the National Secretariat of the party had set up a reconciliation committee. And also because Okorocha visited the National Office of the party with men and women who had sacrificed all they had to make APC the party to beat in Imo. And with National Assembly members who have the mandate of the people.

“Governor Uzodinma was never a member of APC. He joined APC after he had been announced governor by the Supreme Court.

“I took great ‘political risk’ to make Imo APC and now Uzodinma is attempting to ‘reap where he did not sow’.

“Uzodinma has shown that he is ‘anti-people and actively working to destroy the APC before joining another party.”