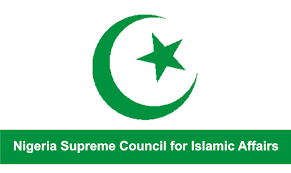 The Oyo State chapter of the Nigerian Supreme Council for Islamic Affairs has declared that contrary to the accusation that Governor ‘Seyi Makinde was biased against Muslims in the appointment of commissioners in the dissolved cabinet, the governor has, indeed, been fair to the Muslim Ummah in all activities and programmes of his administration.

It added that views contained in a recent press statement purportedly authored on behalf of the Muslim community of Oyo State did not represent the position of the Muslim Ummah in the state.

Secretary-General of the NSCIA in Oyo State, Alhaji Shaikh Busairi; the Grand Mufti of the Council, Alhaji Khalifah Yusuf Alagunfon and the Public Relations Officer of the Council, Alhaji Sulayman Seriki, made this position during a visit to the office of the Special Assistant to Governor Makinde on Islamic Affairs, Alhaji Imam AbdRasheed AbdulAzeez.

The trio, who spoke to newsmen, warned Muslim leaders to avoid hypocrisy and playing to the gallery.

A statement by the Special Assistant (Print Media) to Governor Makinde, Moses Alao, quoted the Council as urging those criticising Makinde in the name of the Muslim community to stop being ungrateful to Allah for what he has done for the Muslim Ummah through the governor.

The statement maintained that contrary to the claim that only five of the commissioners in the recently dissolved cabinet were Muslims, eight of the 16 former commissioners were actually Muslims.

While speaking, the Secretary-General of the Council, Shaikh Busairi said, “It is not wrong to advise the government on any issue. What is wrong is that anyone that intends well or means well should not play to the gallery when advising. That is an erroneous approach. If you actually mean well, there is nothing stopping you from making contact with the government, especially now that we have an SA on Islamic Affairs. You can channel our affairs through that office.

“As far as we are concerned in the Nigerian Supreme Council for Islamic Affairs, Oyo State, we have gone into the archives to search into what actually used to transpire in government in Oyo State. We found out that the number of Muslim commissioners in the previous government were not up to the number we had in the first two years of Governor Makinde.

“But it has been the antics of the people behind that writing; they always cook up stories in the corners of their rooms and use such stories to represent the entire population of Muslims in the state. We in the NSCIA have been critical of that kind of approach. If at all we want to help the cause of Muslims and the cause of Islam, there are better ways.
“Anything that is going to represent the interest of the Muslims in a community, such things should be aired at a meeting of all interest groups. But that did not happen. If it did, then maybe they would have had reasonable information that would have dissuaded them from writing that open letter. So, in a nutshell, they are not representing the interest of Muslims in Oyo State.

“As far as we are concerned in the NSCIA, there was no bias in the appointments made in the state. In fact, we have been at the vanguard of telling the public that Governor Makinde has been fair to Muslims. In the last two years, he has not been found wanting in terms of doing that which was never in existence in the state before.
He said that among things, the governor has been identifying with Muslims, stating that Makinde has never been found wanting in terms of fairness to Muslims.
“But we know the antics of those who signed that statement; they are just trying to cry wolf where there is none just to register that they are still in existence.

“We will not allow such misrepresentation to go on; that is why we have come to the SA Islamic Affairs to register that what we are reading on the social media is not to our knowledge and that we do not subscribe to what they wrote in that press release and that they are not representing the interests of Muslims in the state. The views they expressed only represent the opinion of their clique and they know what they are gunning for. But they will never realise their diabolical ambition,” Busairi added.

Similarly, the Grand Mufti of NSCIA, Oyo State, Alhaji Alagunfon, maintained that the governor has been fair to Muslims, urging those behind the criticism of Governor Makinde to soft-pedal, because “Makinde has done very well for the Muslim Ummah and we should not be ungrateful to him.”

In his response, the SA Islamic Affairs, Imam AbdulAzeez appreciated the Supreme Council for Islamic Affairs, Oyo State, for visiting his office, urging them to continue to encourage Muslims to support Governor Makinde’s government and to pray for its success.

“We have the celebration of Mawlud Nabiyy and declaration of Hijrah as public holiday, donation of buses to Islamic organisations including The Central Mosque of Ibadan land, Lanase Central Mosque, Sabo Central Mosque (of the Hausa community) and the maintenance of the use of Hijabs in schools in the state, among others, to show for the governor’s fair disposition.
“Muslims should, therefore, continue to pray for the success of this administration and Oyo state at large,” AbdulAzeez said.