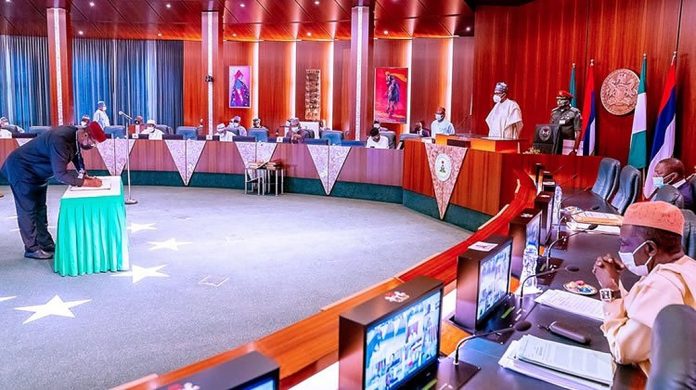 The Federal Executive Council has approved the sum of N754m for the construction of a command and control centre and procurement of communication gadgets for Nigeria’s anti-graft agency, the Economic and Financial Crimes Commission.

Garba Shehu, Senior Special Assistant to the President on Media and Publicity, disclosed this while briefing newsmen at the end of Wednesday’s cabinet meeting chaired by President Muhammadu Buhari.

He said, “The Economic and Financial Crimes Commission got approval for capital projects worth N754, 048, 161.25 and these are mainly for the supply of communication gadgets and a command and control centre.

“This is to enable the EFCC to comply with modern-day investigative techniques and improve its operational efficiency and support the administration of the criminal justice system in the country.”

Shehu added that the approval was also aimed at equipping the EFFC with a defensive and offensive cybersecurity system.

He said that the Ministry of Transportation got the approval of N1.5bn for the construction of a network of roads at the Federal Ocean Terminal at Onne Port in Rivers State.

Also, the Ministry of Water Resources got the approval of N161.8m as a variation for the consultancy fee for the Biu Mega Water Supply project in Borno State.

According to Shehu, the cabinet approved the introduction of a Specialised Police Services scheme for the Nigeria Police Force.

“This is a new system that will formalize the existing relationship between the Nigeria Police and banks or corporations, whereby the police gives them cover or escort.

“Now in the interest of accountability and transparency, there will be the introduction of tariffs and billing schemes through the use of a consultant that will help them to manage the scheme.

This is something that has been going on for many years in some parts of the world,” he added.