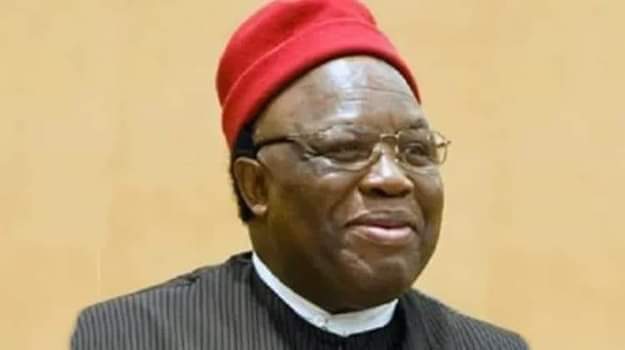 President-General of Ohanaeze Ndigbo, George Obiozor, said fair representation of various ethnic groups in Nigeria would create a lasting solution to the problem of insecurity in the country.

Obiozor said the feeling of alienation by ethnic groups was a fundamental problem, noting that only fairness and equity would resolve numerous security issues bedevilling Nigeria.

The Ohaneze leader said this on Wednesday during a security webinar hosted by The International Center for Investigative Reporting.

Obiozor said that no select group or region in Nigeria could do it all alone.

He attributed the insecurity in Nigeria to neglect and said there was a need to face the problem and stop denying its existence.

Obiozor likened politics to a business, saying that concentrating power in one group would eventually lead to problems.

He stated that Nigeria as a plural society should be governed as such.

He said, “If Switzerland, the United States and China can manage themselves, why can’t Nigeria manage itself?”

He went on to say that Nigeria had faced crises that would have brought down empires but still overcame them.

He called on citizens to make use of their creative abilities to overcome the current insecurity crises.

Speaking about Southern Nigeria providing leadership, Obiozor said the level of unity that was shown by the Southern governors on the anti-grazing decision came because there was shared interest.

He warned that the centre needed to be careful to avoid a proliferation of insecurity in other parts of the country.

Obiozor went ahead to tell those who questioned the need for rotation of power to stop politicking as all regions had, at one time or the other, agitated for secession.

The Ohaneze said the Igbos did not want to be loved as most people thought but wanted equality and fairness.