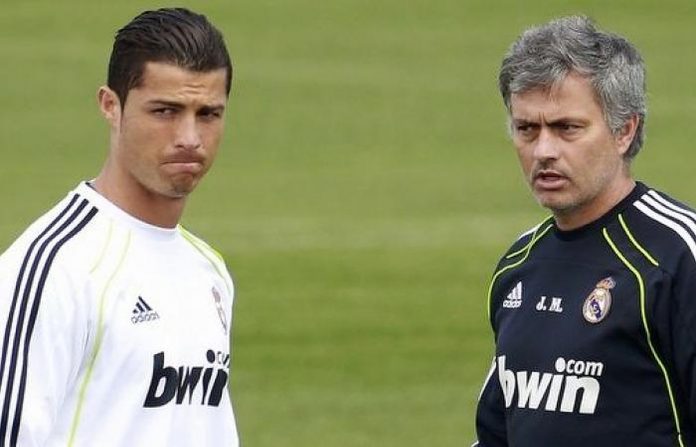 In a 2012 conversation leaked by Spanish digital newspaper El Confidential, 74-year-old Perez, who was at the centre of the failed European Super League, called Mourinho and Ronaldo idiots, describing the duo as sportsmen with terrible ego.

On Ronaldo, Los Blancos President said, “This guy is an idiot, a sick man.

“You think this guy is normal, but he’s not normal, otherwise, he wouldn’t do all the things he does.”

“It is not that he does not want to play.

“Well, he’s a bit abnormal. He drives without a license.

“That said, he has been overwhelmed by the pressure.”

On Ronaldo and Mourinho, Perez said, “These are guys with a terrible ego, both spoiled, the coach and him, and they don’t see reality.”

Reports indicate that the audio was made in 2012 shortly after Mourinho moved to Real Madrid, where he won La Liga in 2011–12 with a record points tally.

He also won a Copa del Rey and a Supercopa de España during his spell at the club.

The audio leak comes as rumours of Ronaldo’s return to Los Blancos continue to mount.

However, the club’s President in June ruled out the possible return of the Portuguese star to the club.

Ronaldo is believed to be one of the most successful players in the club’s history, winning four Champions League trophies, three Club World Cups and UEFA Super Cups apiece, two LaLiga titles, a pair of Copas del Rey and two Spanish Super Cups.