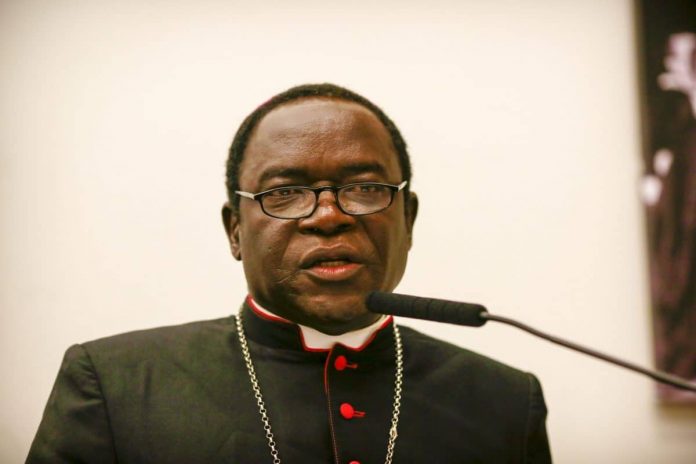 Catholic Bishop of Sokoto Diocese, Fr. Matthew Kukah, has said that insecurity in Nigeria was compounded by President Muhammadu Buhari’s nepotism and indecisiveness to deal with and bring perpetrators to book.

Fr. Kukah said this during a virtual address to the United States Congress Commission on Thursday.

He said that President Buhari’s administration had failed to address the insecurity, which formed the core of his electioneering campaign in 2015.

Kukah also accused President Buhari of pursuing agenda and policies showing preferences for people of his tribe and faith, jettisoning the country’s principles of Federal Character as enshrined in the 1999 constitution.

He said, “The North, even the whole country, is invaded by armed bandits, kidnappers, among others, who attack communities at will.

“The fact that the government seems to be either helpless or uninterested in dealing decisively with these people has added more confusion.

“The contradiction here is that the President has blatantly pursued nepotistic agenda and policies that show very clearly his preference for men and women of his faith.

“For the first time in Nigeria, the people heading the three arms of government – President, Senate President, Speaker and Chief Justice – are all Muslims. These are all fine gentlemen, but that is not the point.

“The level of rivalry between Christians and Muslims has worsened. This kind of situation has never happened before.”

Kukah told the commission that the persecution of Christians in Nigeria, going on for a long time, had worsened in the past 10 years with Christian schools being attacked in the North by extremists, who would convert girls to wives, sex slaves and spies while indoctrinating them.

He continued, “The story of Leah Sharibu suggests very clearly that there is, in many instances, a relationship between the conditions in which people find themselves and their faith.

“In 2020, some of our priests in the North were killed. The extremists kidnapped our children and forcefully converted them to Muslims.

“What is significant here is that we are in a democracy; with weak structures and institutions. These are existential issues. So, we require practical assistance that can help us and our children.”