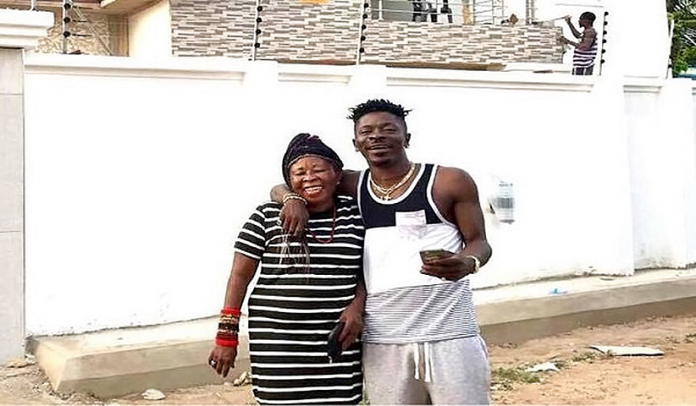 Elsie Avemegah, mother of Ghanaian dancehall superstar, Shatta Wale, has disclosed that she has not met her son physically in nearly three years even though they both live in Accra.

The star musician’s mother made the revelation during an interview on the social media talk show ‘Ay3 Hu’, hosted by broadcaster Nana Ampofo on Accra-based Hot 93.9FM.

Asked the last time she either met or saw her son physically, Shatta Wale’s mother said, “Shatta Wale doesn’t visit me … it’s been almost three years since I set my eyes on Shatta Wale.”

The host of the show pressed to find out if Avemegah had an existing problem with her son, but she indicated that there is no rift between her and Shatta Wale.

“There is no rift between us. Although we both live in different houses in Accra, I have not seen my son in almost three years,” she added.