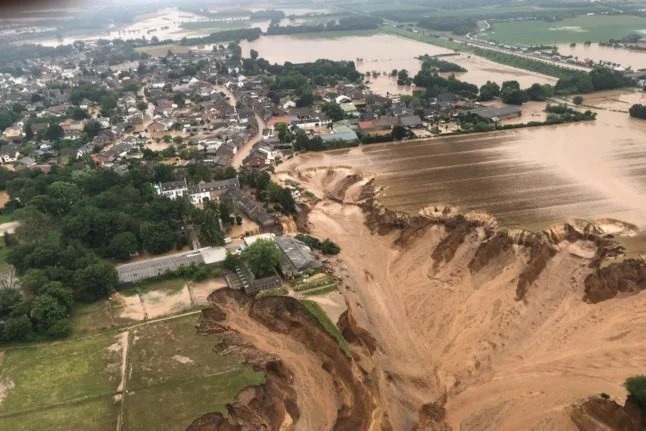 Several people have died in a landslide in Erftstadt-Blessem in Germany’s North-Rhine Westphalia state, local officials said on Friday.

“Houses were largely swept away by the water and some collapsed. Several people are missing,” according to a tweet from the Cologne local authority about the landslide.

“There are fatalities,” confirmed a spokeswoman for the district government of Cologne to German newspaper Welt on Friday.

No information could be given yet on the exact number of people who have died.

The local authority said in the tweet that emergency calls were coming from houses, but “rescue is not possible in many cases”.

“Our disaster control team is on the scene,” they said.

German emergency responders were on Friday still searching for hundreds of missing people after the worst floods in living memory killed dozens of people in the country’s Western regions.