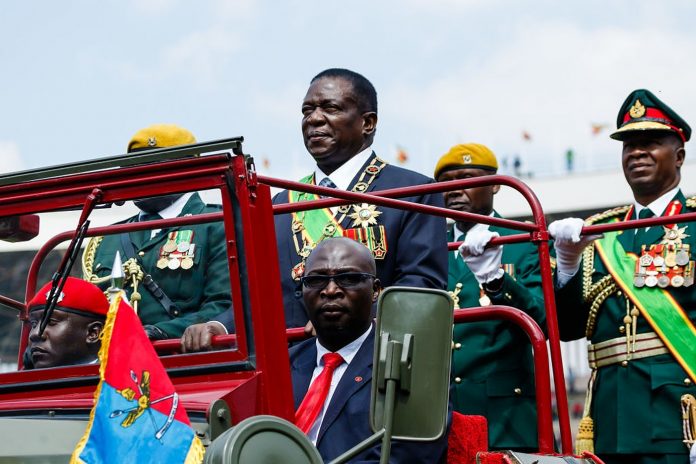 Mnangagwa’s fears came at a time when local economic experts have warned that the ongoing disturbances in South Africa could cost Zimbabwe’s economy a whopping $25m if they continue for another week.

More than 72 people have died while over 1,200 have been arrested as violence and looting continues in South Africa.

The riots were initially in response to the jailing of ex-President Jacob Zuma last week for his failure to appear before a corruption inquiry but swiftly degenerated into looting and destruction of property, especially in KwaZulu Natal and Gauteng provinces, driven by widespread anger over the economic hardships and racial inequalities the African National Congress-led government has failed to address in three decades.

Mnangagwa said, “On behalf of all Zimbabweans both at home and abroad, we wish that the current challenges plaguing our South African brothers and sisters are resolved peacefully.

“Only when there is peace in South Africa, is their peace in our region.”

South Africa, the most sophisticated economy on the continent, receives thousands of migrants annually, who seek jobs at farms and factories.

It is estimated that about three million Zimbabweans are resident in South Africa.

Some Zimbabweans returned from South Africa and Botswana after the introduction of COVID-19 lockdowns last year.

On Thursday, the International Organisation for Migration revealed that over 3,000 returnees arrived in Zimbabwe every week due to COVID-19-induced job losses and deportations.

The unrest in South Africa is believed to have contributed to the return of citizens from that country amid fears of job losses and xenophobic attacks.

Also, economists have warned that attacks on businesses in South Africa will negatively impact the country’s economy, which would affect thousands of Zimbabweans in the neighbouring country.

Zimbabwe National Chamber of Commerce President Takunda Mugaga said the Zimbabwean economy would lose up to $25m if the riots in South Africa continue for another week.

In an interview with the South African national broadcaster, SABC in Harare, Mugaga said disruption of routes into Zimbabwe had affected the movement of goods between the two countries, adding that it would lead to job losses for migrant workers from Zimbabwe.