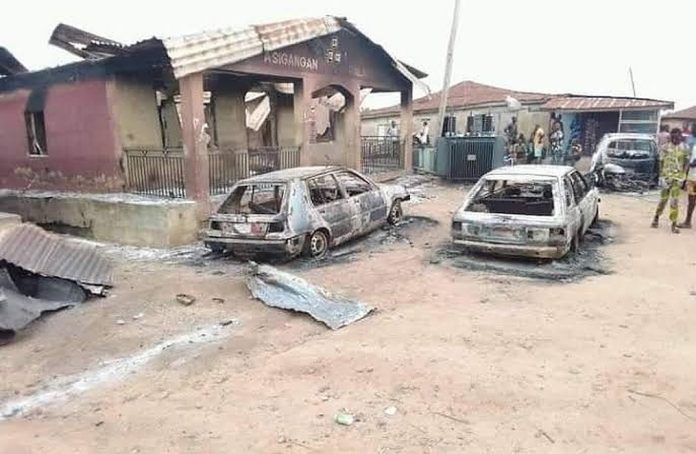 According to reports, the gunmen disguised in custom uniforms, stormed the town on Friday night before shooting sporadically.

The Commander of Amotekun Corps in Ibarapa Central simply identified as Muri and three other villagers were killed in the attack, a source said.

The attackers were said to have stormed the town in Hilux vans, an 18-seater Hummer bus, and a Toyota Sienna bus.

Confirming the attack, the convener, Igangan Development Advocate, Oladiran Oladokun, said the incident was an attempt to invade the state through a border community but was resisted by the local security operatives.

Oladokun said the suspected “herders came in customs and military camouflage to deceive our people and change the narrative that they were security operatives, who stormed the town in search of smugglers”.

He expressed disappointment over inadequate security despite the recurrence of the attacks.