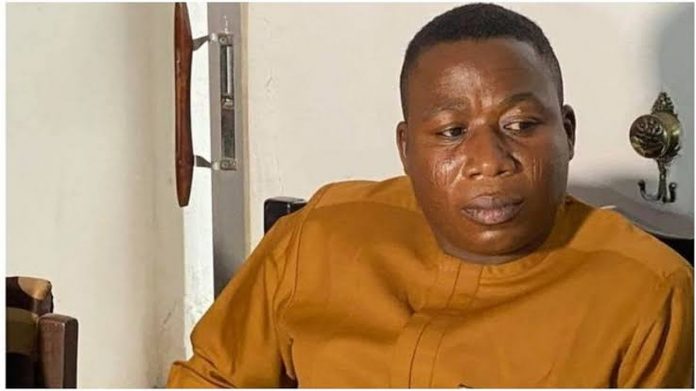 The Federal Government has revealed that the Yoruba Nation activist, Sunday Igboho, is trying to escape from Nigeria and currently acquiring a new passport.

The government also said it had at the moment placed the activist on the stop-list to facilitate his arrest.

The government said it has directed security agencies to arrest Igboho anywhere he is found.

This was contained in a letter by the Nigeria Immigration Service dated July 9, 2021, and addressed to the Director-General, Department of State Services, the Inspector-General of Police and the DG, National Intelligence Agency.

Igboho was declared wanted by the DSS on allegations of stockpiling arms to destabilise the country, which he has since denied but his whereabouts remain unknown.

Igboho’s whereabouts have remained unknown ever since his home was attacked by operatives of DSS, killing some of his aides and taking his wife and other family members away.

The letter read, “I am directed to request that you kindly place the above-named person on stop-list. Credible intelligence revealed that Adeyemo is making efforts to obtain a police extract and/or court affidavit to enable him to acquire a new Nigerian passport, apparently to facilitate his escape out of the country.

“In addition, he should be arrested wherever and whenever sighted and referred to the Director-General, Department of State Services vide letter no: S.605/A/246 dated 05 July 2021.”