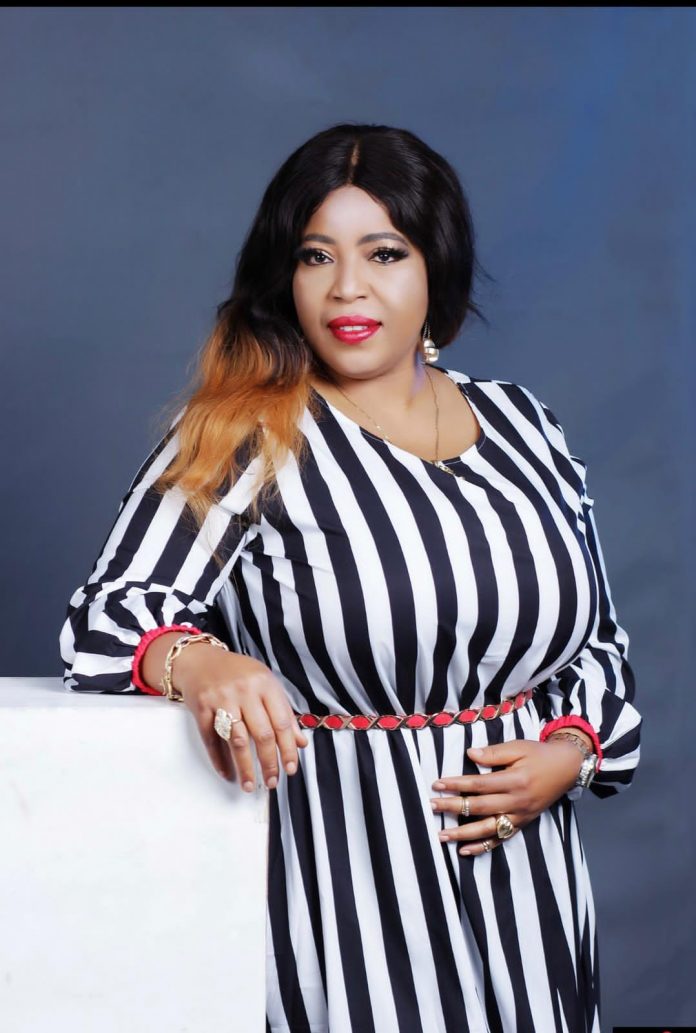 Nollywood actress, Chioma Toplis, has cried out that her life and that of her younger brother, Collins, were being threatened by her brother-in-law, Mr Uche James Akwukwegbu, also known as Bawas.

Toplis in a statement on Sunday alleged being kidnapped and tortured by Bawas.

The actress called on Nigerians to hold her brother-in-law responsible for whatever happens to her or any member of her family.

The statement read, “Dear Nigerians, this is to bring to your notice that my life and that of my younger brother Collins is being threatened by my brother-in-law Uche James Akwukwegbu (Bawas) and his wife Grace Nkem Uche (my sister).

“He asked a man from his village to find out where I live on Victoria Island, Lagos, as he has arranged for men that will rape, snap my naked pictures and kill me.

“The man that he sent called me to reveal this to me. I petitioned him in Abuja regarding this threat.

“He still went ahead and illegally arrested me from Lagos to Umuahia without any entries of the arrest made in Lagos state as confirmed by Lagos Police authorities on the 18th of June.

“I was illegally detained in the police custody at Zone 9 Umuahia for five days after which he could not bring any proof for all that he and his wife alleged against me.

“While in the police custody my health deteriorated. A doctor was called in but the police refused to follow his advice.

“I was released on bail on the 6th day with my two legs which have metal fixtures, swollen. I checked myself into a clinic on getting to Lagos and I was referred to see an orthopaedic specialist and an MRI scan revealed some irregularities which I have been treating ever since.

“My lawyer had since sent all hospital reports to the AIG which was acknowledged.

“Bawas’ arrest was immediately authorised  by ACP Abbah Kyari from Abuja and on getting to his house he refused to come out. They made some contacts who I learnt called ACP Abbah to allow him to come to Abuja on the invitation.

“On Tuesday 13th of July he came to the Abuja IRT office where he was detained but later released on bail after our interview with DCP Sunny Abuu and we were sternly warned to let the police in Abuja continue with the investigation, that no one should interfere.

“However Bawas and his family have been going ever since this matter started from Umuahia to harass my witness to this threat and his family back home. He sent the police in Zone 9 Umuahia this Sunday morning to arrest my uncle who took me on bail in Umuahia.

“I am calling on the public to be in the know about this to make sure that we get justice and a fair hearing on this case.

“Let it be known that if anything happens to me or any member of my family, Bawas and his wife and children should be held responsible.”