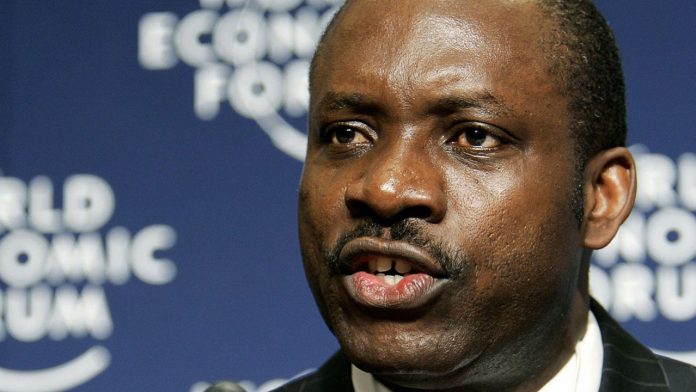 The All Progressives Grand Alliance has hailed a court order directing the Independent National Commission to restore its candidate, Prof Chukwuma Soludo, as the flagbearer of the party for the November 6 governorship election in Anambra State.

National Chairman of APGA, Dr Victor Oye, who spoke with journalists in an interview in Abuja, said the judiciary had done well, especially by nipping in the bud the activities of impostors.

According to Oye, “I believe in the independence of the judiciary and I believe that the judiciary in Nigeria has done very well despite a few disenchantments.

“I don’t want to be dragged into the unnecessary controversy. I think what happened today in Awka shows the independence of the judiciary and that it is the last hope of the common man. Imagine what would have happened if there were no judiciary. There would have been chaos and anarchy.”

Oye said no matter how imperfect the judiciary may be, it was indispensable in a democracy.

He said, “I feel happy that the court in Awka has done justice to this matter by ordering the reinstatement of Prof Chukwuma Charles Soludo as the governorship candidate of APGA for the November 6 Anambra election.

“INEC should immediately reinstate Prof Soludo as the APGA’s candidate for Anambra governorship election without delay.

“I have never had any doubt about the candidacy of Soludo because Chukwuma Umeoji and his co-impostors have no place in law to claim anything in APGA. Did they conduct any genuine congress or primary?

“I feel it was a gross injustice for INEC to have declared him a candidate for APGA. This is evil and an invitation to chaos.”

Oye said that the reason there was protest and chaos in Anambra State over INEC’s decision was because the leadership of APGA had appealed for calm.

“I am repeating my call on President Muhammadu Buhari to ensure that those impostors that attempted to impersonate the leadership of APGA are punished. That is the only way to restore confidence in the management of the electoral system,” Oye added.