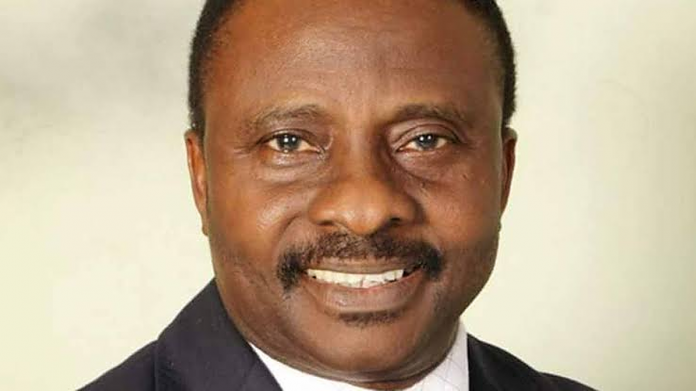 The Christian Association of Nigeria has condemned the protest against the government by some youth at the Dunamis Gospel International Centre, Abuja, while a Sunday service was ongoing.

It was reported that some youth stormed the church dressed in #BuhariMustGo T-shirts.

The Association wondered what could have led the “misguided youths to turn a place of worship to a political arena.”

It read in part, “According to reports which we received from the Church, which corroborated our findings, some youths came to the Church premises on Sunday, July 4, 2021, wearing branded T-shirts with the inscription “BUHARI MUST GO” and participated in the first of the three services conducted.

“The Church denied that the protesters were arrested when they came out to answer the altar call and were handed over to the Department of State Service operatives.”

CAN quoted Dunamis as saying, “No one questioned the legality or otherwise of the inscription on their T-shirts during the altar call.

However, soon after they departed from the altar, they swung into protest blaring trumpets and saxophones right from the exit door of the church.

At the same time, the event was being covered and live-streamed with the background shots of the church building and those of the thronging crowd, both exiting and entering the sanctuary for the next service. The live streaming had the caption: ‘BUHARI MUST GO Campaign Hits Dunamis Church in Abuja’.

This is an embarrassment to the genuine worshipers and the Church leadership.

“If the DSS operatives truly arrested some of them as was reported, their sponsors should settle that with the security agency instead of threatening the assaulted Church with fire and brimstone.

“While we are not against any peaceful protest, the venue for such a protest shouldn’t be the church premises, a place of worship.

“What happened on that day was unprecedented in the history of the Church in the country. Whenever we direct churches to embark upon any peaceful protest, within and outside the church premises, we always make it known publicly and we have never asked any group of people to join us.

“We wondered why the sponsors of the protesters who failed to carry the leadership of the church along before embarking on their protest are now accusing the Senior Pastor of Dunamis Church of being responsible for the detention of those who were arrested.

“For the avoidance of doubt, the Body of Christ in the country is neither a pro-government or anti-government association. That is not part of our divine responsibilities.

“While we are calling on the concerned security agency to release those who are in its custody over the unlawful actions, on humanitarian grounds, we are also warning any group of people against the further desecration of any of our churches in the country.

“People of different political persuasions go to Church primarily to worship the living God and not for political reasons. There is empirical evidence that shows that the Church in Nigeria has never been cowed or failed to speak the truth to power as the need arises, but that should not be perceived as an anti-government stance.”