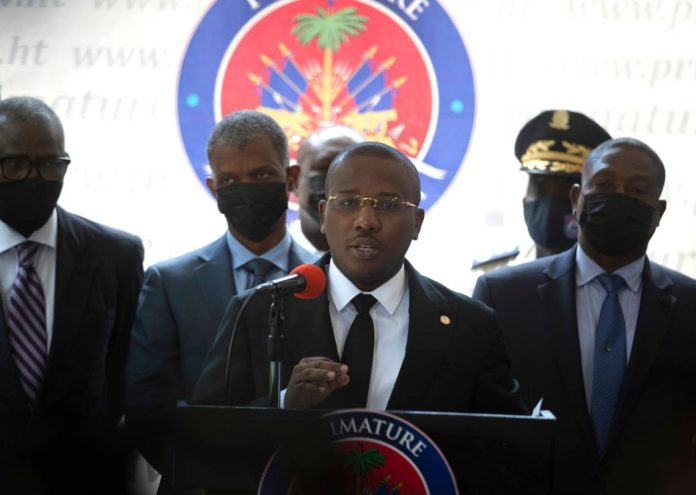 In an attempt to resolve a leadership struggle in the wake of President Jovenel Moïse’s assassination, Haitian officials have announced a new Prime Minister on Monday after such pressures from international powers.

Claude Joseph, the Prime Minister, who took control of Haiti’s government immediately after the killing, has stepped down in favour of Ariel Henry, a neurosurgeon, who had been appointed to the position by the President before he was killed, the elections minister said Monday.

Ever since the assassination on July 7, Haitian politicians have been at loggerheads, grappling for control of the government.

The scramble for power is being heavily influenced by foreign countries, including the United States, which has long held enormous sway in the country, says New York Times.

As Senate President, Mr Lambert said he had sought to lead the nation after the president’s death.

But, he said, the United States urged him to stand down.

The switch in government announced on Monday follows a period of intense uncertainty in the wake of the President’s assassination.

But the political manoeuvering by Haitian officials and international power brokers was met with anger by Haitian activists and democracy advocates, who said it did not consider what the people wanted.

“It’s as if they have replaced the Haitian people. It’s revolting,” Chavannes Jean-Baptiste, the leader of Seeing Eye To Eye, a civil society group that represents more than one million Haitians in the countryside, said of the foreign powers. “We need the accompaniment of a lot of countries but we can’t accept they make decisions in our place.”

“Haiti has become a baseball being thrown between foreign diplomats,” said Joseph Lambert, the President of Haiti’s Senate, adding that pressure from American diplomats was a major factor in the reshuffling of Haiti’s leadership.

Mr. Joseph, the nation’s interim Prime Minister, had been scheduled to be replaced the week of the killing, but the newly appointed Prime Minister, Mr. Henry, had yet to be sworn in.

Both declared themselves to be the legitimate prime ministers, creating a power vacuum that threatened to further destabilize a country that had already been gripped by months of street protests over Mr. Moïse’s rule.

At least one senator had called Mr. Joseph’s move to run the country and impose a state of siege after the assassination a form of a coup.

But on Monday, the minister for elections, Mathias Pierre, said in a text message that Mr. Joseph would step down in “favour of Ariel Henry,” the neurosurgeon and politician.

He saluted the maturity of the Haitian people in the face of “what could be called a coup d’état,” and he asked the nation’s political actors to walk along the peaceful path that Haiti’s people have followed.

He said he would announce shortly who would be part of his cabinet while gathering a “sufficient consensus” to lead an interim government until conditions were met for elections, stopping short of calling it a transition.

“I appeal to the altruism of the Haitian patriots to surpass themselves in order to face together the dangers which threaten us all and jeopardize the very existence of the nation,” he said.

The political standoff in the wake of the assassination was made all the more complicated by the fact that many of the nation’s democratic institutions had been hollowed out during Mr. Moïse’s time in office.

Only 10 sitting senators remained out of 30 because the terms of the other 20 had expired and elections were not held to replace them.

The lower house is entirely vacant — its members’ terms expired last year — leaving Mr. Moïse to govern by decree for more than a year before he was killed.

Beyond that, the head of Haiti’s highest court died of COVID-19 in June, depriving the country of yet another means of deciding who should govern next.

In the middle of the dispute, the remaining members of the nation’s Senate also weighed in, saying the Senate president, Mr. Lambert, should lead Haiti, adding more confusion to the caustic dispute over who should govern.

The so-called Core Group of powerful foreign governments and international organizations that exercise great influence in Haiti — including the United Nations, the Organization of American States, the European Union, the United States, France, Spain, Canada, Germany and Brazil — called on Saturday for the formation of a “consensual and inclusive” government.