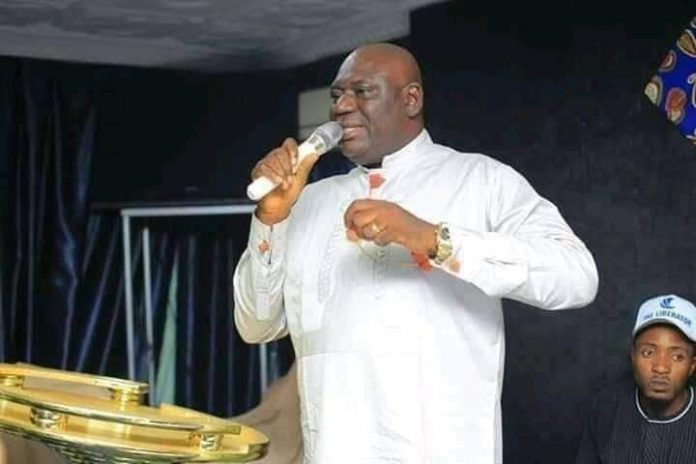 Prof Benjamin Okaba, President of the Ijaw National Congress, has said that the rejection of electronic transmission of election results by the National Assembly had exposed those, who do not want Nigeria to work.

Okaba said this on Monday in Yenagoa, Bayelsa State, during the commemoration of his first year in office.

He described the move against e-transmission of election results as anti-democratic, retrogressive and pathetic, adding that fraudulent electoral processes had been the greatest challenge affecting the country from moving forward to the path of sustainable development.

The INC chief said forces working against the country’s progress were at work to continually sustain and protect their selfish interests.

He said, “Nigerians know that the day the votes of the people count and the choices of the people matter, a lot of things will change in this country and the key to having that is to have a transparent electoral process.

“But if people who got voted and had the mandate to change things for the better in this country still feel that we should go analogue, retrogressive, it is very pathetic. For me, it is another way of saying that many of the leaders are not good leaders in the first place because they are not prepared to lead this country to greatness.

“They are only there to serve their selfish purposes, their personal aggrandisement, personal interests and not national interest.”

Okaba pointed out that the rejection was another crack in the wall of unity of the country, stressing that daily people’s trust and confidence are being eroded and those, who thought there might be electoral reforms have had their hopes dashed and are back to square one.

He urged the nation’s leaders to take a cue from the INC’s election which was smooth and clean and the results electronically transmitted as voting was going on.

Okaba, who declared that Nigeria was on the edge of the cliff with the enemies of the country showing more impunity on a daily basis, called for the unity of the Ijaw people.

He further stated: “So, what we (Ijaw) need to do is to be united. Let us address disunity among us. There should be unity of purpose. We have all it takes to do the needful, but the most important weapon is our unity.

“It is time to forgive ourselves, it is time to address those issues that unite us together as a people, for they are greater and bigger than the things that divide us. The truth is that we must close ranks, we must be focused, sober, vigilant and be conscious of the times we are in.”