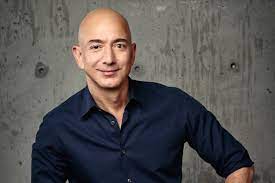 Jeff Bezos has safely returned to earth after a successful launch into space of the New Shepard rocket, travelling 66 miles above the surface of the earth with his own firm Blue Origin.

He is now officially an astronaut.

The rocket was launched into space in a capsule lifted by the New Shepard rocket.

The Amazon founder travelled from Texas with his brother Mark, Dutch teenager Oliver Daemen, who became the youngest person in space, and former NASA trainee, Wally Funk, 82, who became the oldest.

On landing, Bezos described it as the ‘best day ever’ when asked for a ‘status check’ by capcom.

They experienced weightlessness for about four minutes, before falling back to Earth to land in Texas.

While the crew were enjoying their time in space, the booster returned to the landing pad for use on a future flight.

During the weightlessness time you could clearly hear Wally Funk shouting ‘it is dark up here’, followed by a status check call from each of the four, with Bezos having to remind Wally and Oliver to confirm.

Each of the three stages of the flight lasted about three to four minutes, first the rocket launch where they experienced up to three times the pressure on the surface, followed by four minutes of weightlessness where they could see the curve of the earth, and finally a three minute descent stage.

For the final stage the crew returned to earth at a gentle 14 or 15 miles per hour, ending in a soft touchdown in the desert at 09:23 EST (14:23 BST), to cheers from the ground and excitement from the four newest astronauts.

‘That was incredible, that was unbelievable,’ shouted Bezos in the capsule, adding that ‘I was surprised how easy zero g was, remarkably natural’, with Mark saying it was ‘like swimming’.