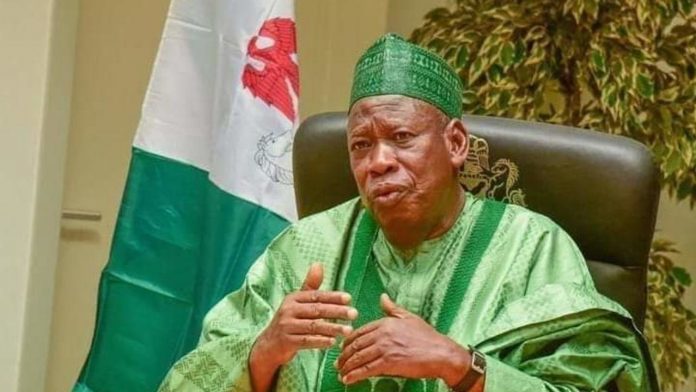 Governor Abdullahi Umar Ganduje of Kano state on Tuesday ordered the release of 136 offenders from the various custodial centres in the state.

The governor, who was at the Medium Security Custodial Centre, Goron-Dutse, Kano, paid fines to secure their release.

Governor Ganduje also gave N5,000 to each of the released offenders as transport fare to their various communities.

He urged the offenders, who benefitted from the gesture to go and sin no more and to refrain from criminal acts that may bring them back to the custodial centre.

The governor enjoined them to engage in productive venture to better their lives and that of the communities.

In his welcome remarks, Controller of Corrections, Kano State Command, Suleiman T. Suleiman, commended the governor for the kind gesture which he said will go a long way to decongest the custodial centres in the state.

Meanwhile, the governor donated cattle, rams and food items to inmates in the centre for Sallah celebration.