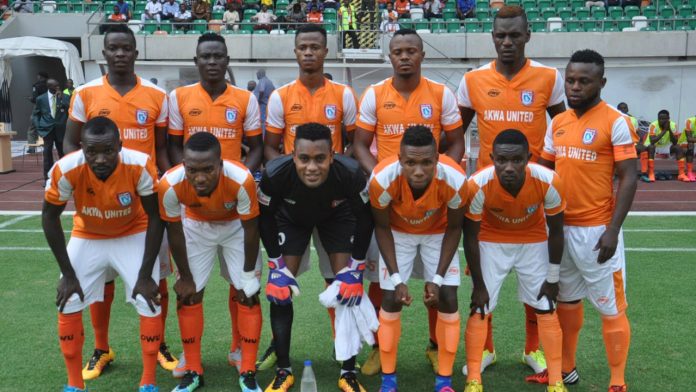 Akwa United are closing in on their chance to win the Nigeria Premier League title as Nassarawa United, who trail them with five points fall behind, with seventh placed Lobi Stars making a come back from 2-0 down at half time.
With four games left in the season, league leaders, Akwa United have secured their seventeenth win against Warri Wolves.
Warri Wolves were unbeaten in their last outing against Kwara United, with their narrow win goal in the 48th minute by Sunday Williams.
Charles Atshimene opened Akwa’s scoresheet from the penalty spot on the 8th minute, throwing the Godswill Akpabio International Stadium, Uyo, into a frenzy.

Ubong Friday increased their lead in the 25th minute, thereby increasing the confidence of the home team.
Atshimene grabbed a brace in the 58th minute, making Akwa comfortable in the triumphant journey.
Kennedy Boboye boys will be more confident in their fifth league title if they beat Ifeanyi Ubah next Wednesday.

UCL: Xavi reveals who to blame for Barcelona’s 1-0 defeat to Inter Milan