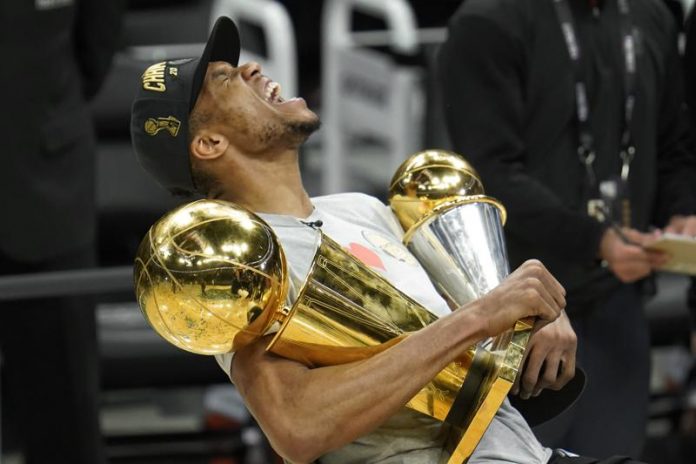 The Milwaukee Bucks have won their first NBA championship in 50 years, with Giannis Atentokounmpo, their star guard, scoring 50 points to secure the win.

The Bucks had begun the six-game series losing their first two, but rallied to win four in a row and snatch the title from the Suns, who were favourites heading into the contest.

Antetokounmpo, born in Athens, Greece, to Nigerian migrants, was 16 for 25 from the field and hit all but two of his 19 free throws.

He also had five blocks in a performance hailed by commentators and fellow players as one for the ages.

Antetokounmpo was the first player to have at least 40 points, 10 rebounds and five blocks in a finals’ game since blocks were first recorded in 1974.

He became the seventh player to have at least 50 points in the championship round.

“I want to thank Milwaukee for believing in me, thank my teammates,” said Antetokounmpo after accepting the Finals MVP award.

Meanwhile, Paul, an 11-time All-Star, who made his first appearance in an NBA Finals, said he felt like his team made too many turnovers.

“They made timely shots, we didn’t,” he said. “We didn’t get stops when we needed to and they just beat us.”

Paul, 36, said he was not thinking about retiring.

The Pheonix star had enjoyed a fairy-tale season, coming into a team that had failed to make the playoffs last year and leading them to their first NBA finals since 1993.