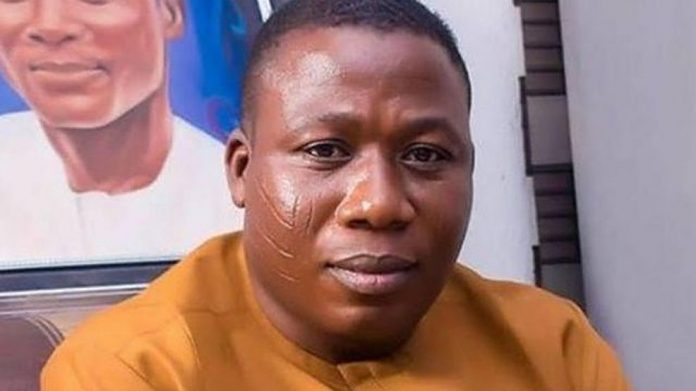 Agitators for the secession of Yorubaland are preparing to stage a protest to voice their disapproval of the detention of their leader, Sunday “Igboho” Adeyemo.

Igboho’s spokesperson, Olayomi Koiki, disclosed this in a notice shared via Facebook on Wednesday.

“Please let’s all be at his house in Soka, Ibadan, before 12 o clock today. Thanks and God bless. Yoruba nation now now now!”

Recall that Igboho and his wife, Ropo, were arrested at the Cadjèhoun Airport in Cotonou, Benin Republic, around 8:00pm on Monday.

They were subsequently detained in separate cells.

The Nigerian Government has since been pushing for their extradition to Abuja but many individuals and groups have kicked against this move.

Igboho rose to prominence in January 2021 after he issued an ultimatum to ‘killer herders’ in parts of Ibarapaland.

He had been declared wanted on July 1, 2021, when the Department of State Services raided his Soka residence in Ibadan, arrested 12 of his aides and killed two others.