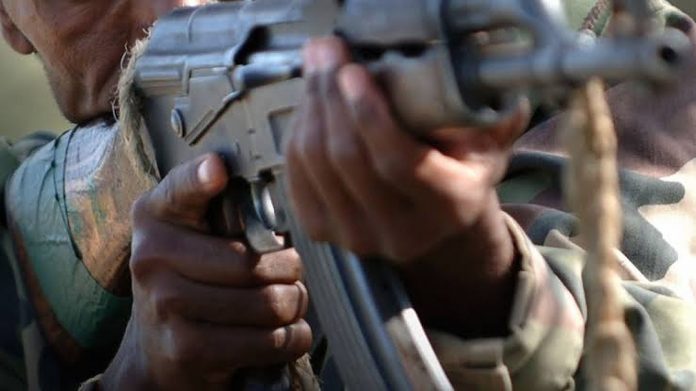 A three-month-old baby and 12 adults have been shot dead by gunmen in separate incidents in some villages under Guma Local Government Area of Benue State.

The gunmen had opened fire on travellers on Uikpam–Umenger Road around 3:00pm on Tuesday, killing five people, including the infant while the remaining eight people were allegedly killed at Branch Ude at 10:00pm on the same day.

Council Chairman of Guma, Caleb Aba, confirmed the incident when he spoke to newsmen.

He said, “it is true that there was an attack yesterday (Tuesday).

“There was a burial in Torkula and people who were coming back from the burial came under attack and about five people were killed.

“At about 10 pm, yesterday there was another attack at Branch Ude where about eight people were killed, bringing the total to 13 people killed only yesterday.

“Two people were injured by the information I received and they are now receiving treatment in the hospital.”

A witness, David Mzer, narrated that he was on his way with some friends in a car to Umenger for a political meeting when they observed that the vehicle in front of them was shot at.

Mzer said their driver dodged the bullets and sped off to a safer location.

He said, “The herdsmen blocked the road, and opened fire on a Toyota Picnic, killing a 3 month-old baby who was shot in the chest, and his mother was shot on her lap.

“My colleague, who was directly behind the Toyota Picnic on seeing the herders shot at the car in front of him, turned and returned to Uikpam.

“The herders didn’t stop there, a certain Terver from Uvir, who was conveying his wife, had their life taken from them. A certain Solomon Kumaiin was butchered by the killers.

“The body of Terver and his wife were immediately taken to a mortuary in Daudu, while the injured were rushed to the Benue State University Teaching Hospital,” he narrated.

Some of the survivors narrated their ordeal.

The mother of the deceased baby, Sewuese Baaji, said they had travelled on Monday evening from Makurdi to Umenger village for the burial of her husband’s relative.

Baaji narrated, “We were on our way returning to Makurdi from Umenger Village en route Torkula where the body of the late man was buried when we suddenly ran into an ambush by the gunmen who opened gunfire at our vehicle at about 3 pm just before Uikpam community.

“Our driver did not stop but drove amid the chaos until we got off the attackers’ web.

“The bullets however hit my baby (whom I carried on my laps) on the chest and my lap too. My baby died instantly.”

Another survivor, Hambafan Akuma, disclosed that a bullet tore into her wrapper and wounded her on the thigh.

Akuma said that her baby was saved from the rains of the bullets by the gunmen, who ambushed them.

When contacted, the police spokesperson, DSP Catherine Anene, said she was yet to receive reports about the incident.