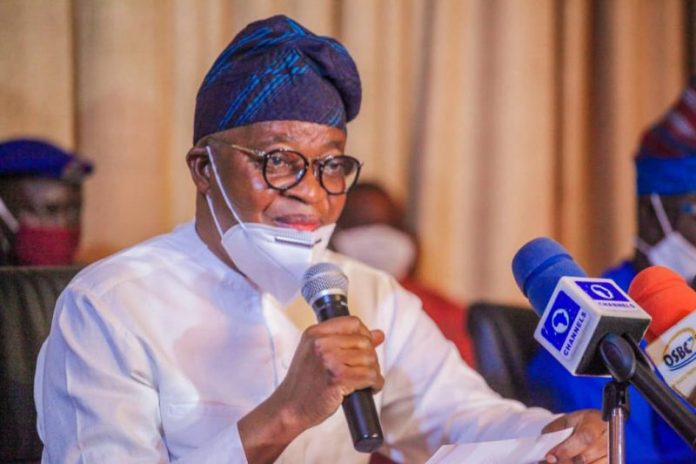 Governor of Osun State, Adegboyega Oyetola, on Wednesday said that his government would ensure that the Osun Amotekun Corps will be properly supported to fight banditry and other criminalities in all parts of the state.

Oyetola said this at an interactive session with journalists at his home in Iragbiji, Osun State.

The governor said that the corps was undergoing organisational restructuring to allow it to serve the people better in providing support for the security agencies in crime-fighting.

He said, “Amotekun Corps has been actively involved in rescuing kidnap victims across the state since its inauguration as well as combating cultism, I am assuring residents that the corps will be supported more with both logistics and other necessary equipment to be able to fight crime effectively.

“We inaugurated Amotekun Corps first and having resolved the administrative issues bedevilling it, I am sure, they would complete ongoing recruitment and we will set them on the path of supporting other government security agencies.”