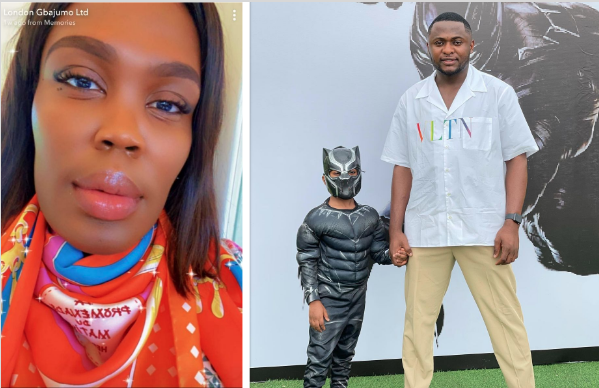 The faceoff between the two of them reportedly started on Sunday, July 18, when Franklin posted a birthday photo of his five-year-old son, Jayden, who wore a Louis Vuitton outfit.

Gbajumo took to her Snapchat to say that the luxury brand, Louis Vuitton, does not make outfits for kids.

The post was said to have drawn mockery from her followers towards Franklin.

Many of them alluded that he clothed his son with a fake designer outfit.

Franklin, using a distorted picture of Gbajumo’s face, accused her of trolling his child and warned that her actions were unacceptable.

He further stated that his job as a father was to protect the well being of his children, and he does not support any form of trolling.

Franklin went ahead to state that he’s going to have the lady arrested whenever she steps her foot in Nigeria for bullying his son on social media.